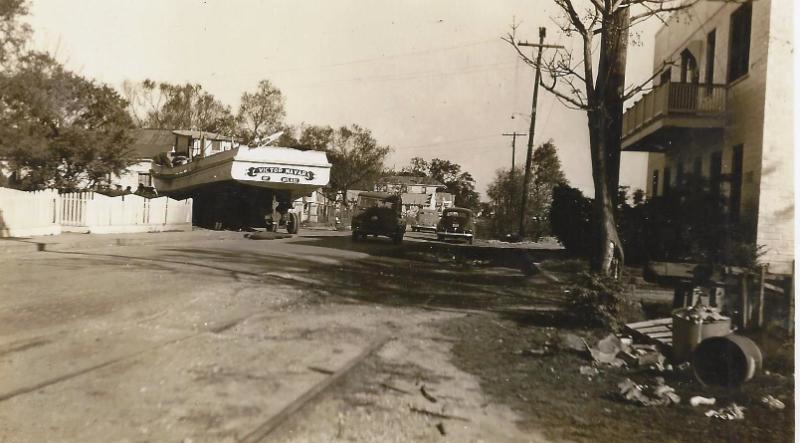 This story commences in Marseille, France.  Marseille with a population approaching one million people is the second largest city in France and the nation's chief port.  It was founded by Greek mariners about 600 BC, and called Massalia (Massilia).  There is some archaeological evidence to suggest that Phoenicians settled here even earlier.

Marseille has always been France's gateway to the East.  Since ancient times, both the goods and culture of Africa, the Middle East, and Asia have entered France at the Marseille docks.  The economy of Marseille is based on trade and manufacturing.  The city's port handles about a third of the traffic of all French seaports.  Industries in the area process chemicals, food, and petroleum from many parts of the world.  The city's chief manufactured products include bricks, candles, engines, medicine, soap, and tiles.  Until the intensified police action of the early 1970s, it was a center for the manufacture and shipping of drugs, especially heroin.  Remember the "French Connection" with Popeye Doyle (Gene Hackman)?

In September 1972, I was returning from an assignment with Esso Exploration Malaysia and decided to visit the Cote d'Azur and Marseille.  I drove a rental car from Nice to Marseille, an easy day drive.  My arrival in the large port city took place late in the afternoon.  A search of the local telephone directory for the name Bellande surprised me as their were only a few listed.  One was an Andre' Bellande, le medcin (medical doctor).  Rather than telephone, Dr. Bellande, I chose to take a taxi to his domicile the following morning.  This was a mistake as he was not there.  His duties that day took him into the country side making house calls.  I did meet his delightfully charming wife, Rene'e, and her children.  They were all quite surprised to meet this American "cousin"!

Although I remained in Marseille for only one day, I was able to establish good relations for future communications.  One very interesting fact I did learn that day was a plausible explanation for the origin of the family name, BELLANDE.  Jean Bellande, the uncle of Andre', related that the name was derived from two French words, Bel (beautiful) and Lande, an evergreen tree which is prevalent in the area around the city of Bordeaux in southwest France.  The Department or State in which Bordeaux is situated is called Landes for the trees.

Heidi Balje Good in her detailed research of the Simmons-Bellande families located a Frederick Bellande residing in St. Lambert, Quebec, Canada.  Messieur Bellande was told by his family that "the Bellandes were Jewish originating from a little town called Uppsala in Sweden and that they went afterward to live in Bordeaux".  A copy of this letter is included in the appendix of this document as it is a valuable reference for clues to the relationship of the Bellande families of Haiti, Canada, the United States, and the French cities of Marseille and Bordeaux.

We know that our common ancestor, Antoine Victor Bellande, was born September 11, 1829 in Marseille.  His parents were Jean Antoine Joseph Marie Bellande (1790-1874) and Marceline Vezian of Marseille (ca 1880-ca pre-1834).  His father and grandfather were naval workers, probably caulkers, in a local shipyard.

Antoine left his native France as a deck hand on a vessel at the age of twenty-two years, and arrived in New Orleans in 1851.  Shortly, he joined his "brother" in Ocean Springs, Mississippi.  I use "brother" because at this time there was a Joseph H. Bellande, also a French immigrant, residing there.  Heidi B. Good whose husband, Paul, is related to Joseph H. Bellande has done an excellent job of researching Joseph and his family.  I will present shortly in this text her story of Joseph for your general information and interest.  It should answer some of the questions about the "other" Bellande Family of the Gulf Coast region who you may recognize as a relative.

The true relationship between Antoine and Joseph Bellande is not yet known.  We believe Joseph was born in France in October, 1813.  Church records in Marseille indicate that Antoine's father, Jean Antoine Joseph Bellande, had three wives: Marguerite Grafassy, Marceline Vezian, and Marie Francoise Gorge.  His first child with Marguerite Grafassy was called Jacques Joseph Nestor (1815 or 1819).

From the information currently available, I conclude that Joseph H. Bellande and Antoine were half brothers.  Joseph may have been a bastard son of Jean Antoine Joseph whose birth was not recorded?  The strongest evidence for a relationship is the fact that they were both listed as heirs in the succession of Jean Antoine Joseph Bellande dated December 18, 1877, in Marseille.  As they were residing in the United States at this time and failed to appoint an attorney to represent them in Marseille, their inheritance was lost.  It appears from the legal instrument that their father left a house at No. 19 St. Barnabe Boulevard in Marseille.

Let us now enjoy the life of Joseph H. Bellande as told by Heidi B. Good...