The Reverend Dr. Roudebush was a native of Ohio.

The Biloxi Daily Herald,“Charter of Incorporation of the Biloxi Sanatorium”, June 22, 1902.

In early October, O.E. Thompson, local contractor, was given the contract to build an addition to the Sisters of Mercy school on Fayard Street.(The Biloxi Herald, October 4, 1899, p. 8)

In early May 1933, the Collins Brothers began demolition of the old Sacred Heart school building before erecting a new school on the site.  They were awarded the $32,000 construction contract and the  new school structure was scheduled to be completed by September.   Architectural fees were $1280 and the congregation had to raise $4870 to pay the final cost of $33,280.  The Sacred Heart Academy was to offer a four-year accredited high school curriculum.  The building was planned to have fourteen classrooms and educate 400 children.  A 500 seat auditorium and gymnasium were included in the plans.  Father Peter Keenan was the pastor of Nativity B.V.M. at this time.(The Daily Herald, May 8, 1933, p. 1 and May 12, 1933, p.1)

The new Sacred Heart Academy was dedicated on September 13, 1933.  John T. Collins was the architect and the Collins Brothers contractors for the $32,000 structure.  The two-story, masonry edifice was built in the Tudor Gotic Revical style reflecting the Gothic Revival architecture of the 1901 Nativty B.V.M. Cathedral.(The Daily Herald, September   , 1933, p.  and Buildings of Biloxi , 2000, p. 102)

St. John’s Catholic School was dedicated on September 3, 1926 on Main Street in the old Back Bay Public School. There were four grades with Sister Mary joseph and Sister Elalia in charge.(The Daily Herald, September 4, 1926)

A parish bazaar was held on the school grounds in early October 1926.  Among the food available for purchase was: creole gumbo, sandwiches, punch, soda pop, home baked cakes and pies, ice cream and candy.  There would be a dance and the Sisters had prepared a program with their pupils to entertain the audience.(The Daily Herald, August 28, 1926, p. 2)

In September 1929, R.O. Gerow, Bishop of the Diocese of Natchez, acquired two lots on the northeast corner of Lameuse Street and Bradford Street from Charles B. Foster and William H. Kelley and Henrietta Kelly for $6650.  The church lot had about 140-feet on Lameuse Street and 188-feet on Bradford.(Harrison Co., Mississippi Land Deed Bk. 183, pp. 456-457)

Father P.J. McGlade (1893-1980) was appointed pastor of the newly created Parish of St. John’s.  He was ordained into the priesthood in Ireland and his first assignment in America was as assistant priest in Bay St. Louis.  Father McGlade’s first parish was St. Mary’s of the Pines at Chatawa, Mississippi.  He came to Biloxi from St. Patrick’s in Water Valley, Mississippi.  Until a rectory was built, Father McGlade was domiciled in a rental house on Fayard Street.  Mary McGlade (1895-1973), his sister, became Reverend McGlade’s house keeper.(The Daily Herald, September 4, 1931, p. 5)

In 1943, a decision was made to separate the males students at the Sacred Heart Academy and commence an all-boys Catholic High School to be called Notre Dame. 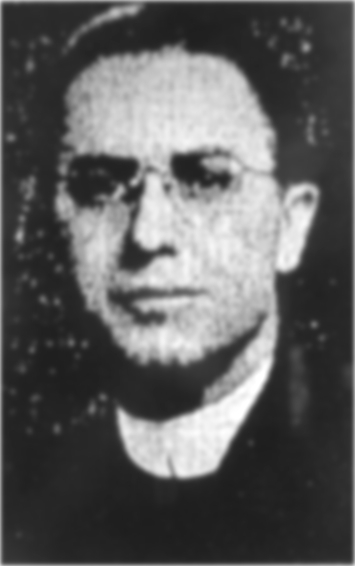 Notre Dame High School was commenced in September 1943 in a 19th Century residence, known as the Dantzler House, situated on West Beach Boulevard opposite the 1847 Biloxi Lighthouse.  The Dantzler House was acquired by Nativity B.V.M. for use as Biloxi’s first Catholic High School. The Reverend Geoffrey T. O'Connell was president of the school and five Holy Cross Brothers: Brother Francis Borgia-principal; Brother Jacob; Brother Jarlath; Brother Nivard; and Brother Norman, were hired to conduct the school and to live on the second floor of the Dantzler House.  Work started on athletic field behind the school.(The Daily Herald, August 21, 1943, p. 6 and September 2, 1943, p. 7)

Charles H. Hegwood (1914-2001) succeeded Ted Hoffa as football coach in late May 1952.  Hoffa had been at the school for 1 1/2 years and compiled a record of 4 wins, 4 loses, and a tie. Hegwood was a Millsaps graduate and played all sports and coached by T.L. Gaddy, former Biloxi High coach.  Coach Hegwood came to the Coast from Taylorsville High School. Returning lettermen for his 1952 football squad were: George Vuyovich; Aloysius Schneller; Louis Feranda; Ronald Nungesser; and Ray Pisarich.(The Daily Herald, May 21, 1952, p. 10)

Brother Placidus Carroll (1901-1981), native of Baltimore and resident of Biloxi since 1947, died on January 25, 1981.  Brother Placidus Carroll retired from teaching in 1976 and had taught mathematics and religion at Notre Dame High School.  His corporal remains were sent to St. Joseph's Cemetery of the Brothers at st. Joseph's County, Indiana for burial.(The Daily Herald, January 26, 1981, p. A-2) 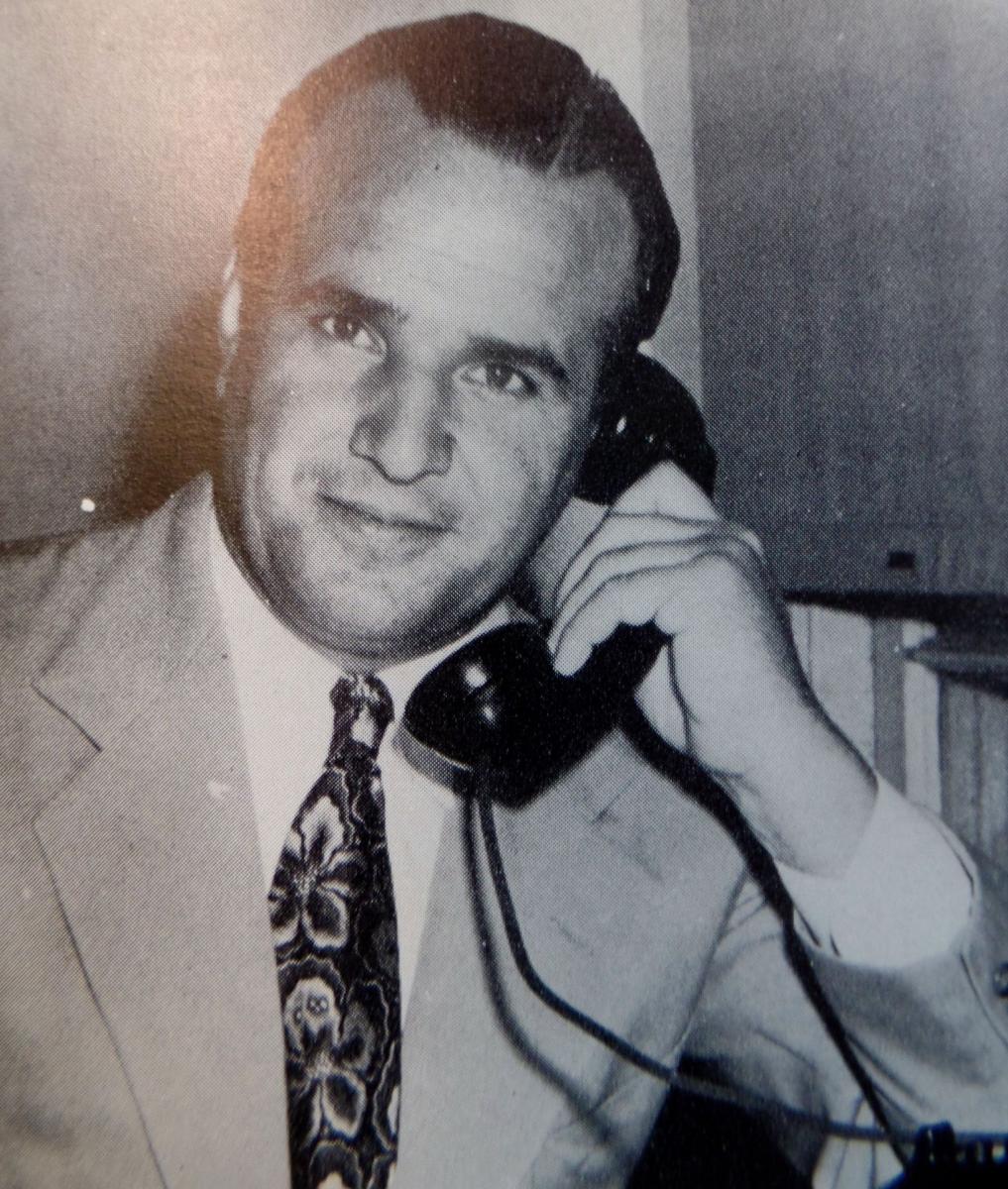 The Daily Herald, “Registration at Notre Dame High being made daily”, September 2, 1943.

The Daily Herald, “Notre Dame, Sacred Heart to receive diplomas together”, May 28, 1946.