Harrison County, Mississippi Minutes of the Board of Police

Biloxi had a large fire occur in the Central Business District on June 5th.  Damage estimated at $75,000. The fire started in the Herald Building.  Major losses suffered by: Mrs. C.M. Rugge who lost two-story residence valued at $9000;Constantine Olivari (1841-1894) who lost his two-story residence, ship chandlry business, dry goods and groceries on the corner of Lameuse Street and Pass Christian Street valued at $8000; Dr. James J. Lemon lost his drug store and home worth $7500.  The Post Office building of Louis Holley was also destroyed.  Mobile, Alabama sent two fire engines on a special train, but they arrived after Biloxi firemen had the conflagration extinguished.(The Daily Picayune, June 6, 1889, p. 1)

The Biloxi Herald,“Resolution of respect to the memory of Louis Holley”, November 19, 1892.

Weather reports at Biloxi were posted on the outside door of the US Post Office after arriving on the morning L&N train.(The Biloxi Herald, January 16, 1892, p. 4) 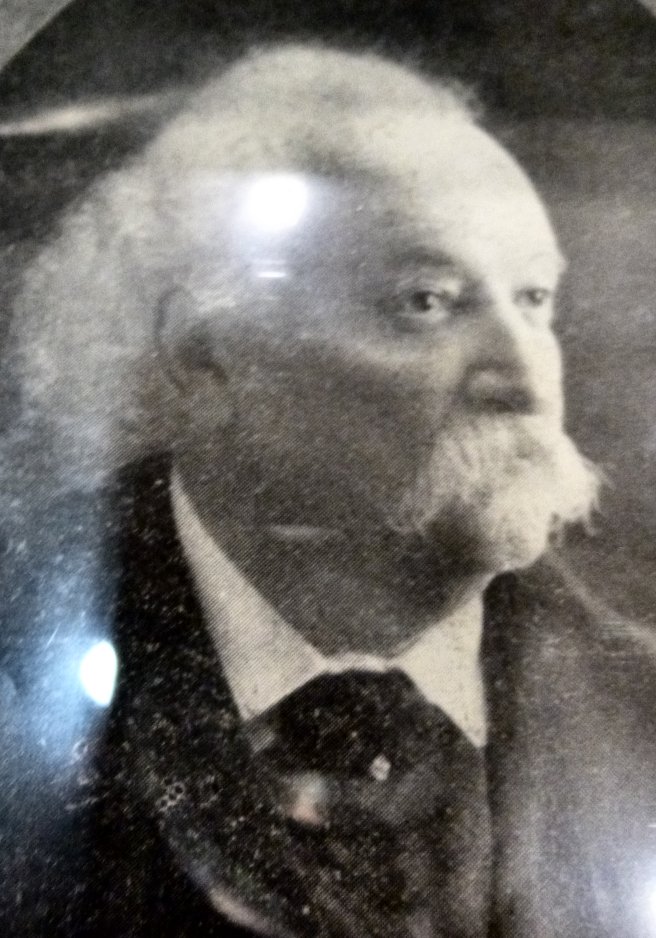 William Gaston Henderson (1828-1902) was born on August 3, 1828 at Milton, Caswell County, North Carolina.  In 1855, he married Dona Hubbard (1834-1909), the daughter of David Hubbard, a US Representative from Alabama, at the Hubbard home known as Kinlock.  The Hendersons were the parents of Dona Henderson Liddle; Mrs. J.E. Moseley; William Gaston Henderson II; and Mrs. George P. Hewes of Gulfport.

In November 1902, Dona Henderson Liddle, the daughter of recently deceased Postmaster Henderson applied for the position as Biloxi’s postmistress to complete the unexpired term of her father.  She was touted by the local journal as “a lady of fine business qualifications and should she receive the appointment will administer the affairs of the office in a manner that will be creditable to the government as well as herself”.(The Biloxi Daily Herald, November 20, 1902, p. 6)

In April 1908, Biloxi postmaster, James C. Tyler (1872-1910+), announced that he and Edgar S. Balthrope (1873-1939) had mapped a rural mail route covering about thirty-one miles to provide postal service to those families living north of the Back Bay of Biloxi and in the Tchoutacabouffa region.  They had traveled the area by horse and buggy to acquire signatures of these denizens.(The Biloxi Daily Herald, April 21, 1908, p. 1)

This proposed rural mail route was described as follows:  The rural mail carrier starting from the Biloxi post office will go west and leave the city by the Pass Christian road.  He will travel along this road to near what is known as the Collin’s place and will then turn south to the beach.  He will drive west along the beach past Mr. Watson’s and to Beauvoir.  The Beauvoir mail is now handled from Gulfport, the Gulfport route coming up to that point, but by previous agreement made with the Gulfport postmaster and through Senator Money, this is to belong to Biloxi.  After delivering the Beauvoir mail the carrier will start north along Dahlgren Avenue to the Back Bay.  He will cross Back Bay at Popp’s Ferry and Mr. Popp has promised that the crossing there will be at his expense.  Shortly after crossing Popp’s the route turns to the northeast along a new road and strikes the Tchouticabouffa (sic)at Morris’ Ferry [now Cedar Lake] or what is now the Vinnie post office.  Here again the crossing will be made by promise of Mr. Morris without expense to the government.

From Morris’ Ferry the route proceeds west and then southwest along the new road to Moccasin Point.  From Moccasin Point the carrier will turn sharply back to the north to Reed’s Store.  This will bring him near Woolmarket.  Whether he shall go to Woolmarket or not has not been positively settled, but the chances are that he will, as the people of Woolmarket are anxious to have a rural delivery.  From Woolmarket the route proceeds east to Campbell’s Cross Roads, from the southeast to John Krohn’s and then again northeast to the Tchouticabouffa [sic]River, which is crossed at Lamey’s Ferry [now Lamey’s Bridge].  From there the route continues east past Johnson’s still and thence south to E.S. Balthrope’s on the [Big Ridge Road]ridge, then west along the [Big Ridge Road]  ridge road to the new road, down the new road to a point north of the Jack Farish place and then southeast to the village of Seymour[now D’Iberville] and across the Back Bay bridge into Biloxi.  The route is thirty-one miles in length.  The carrier will make the trip every day and be allowed eight hours in which to make it.(The Biloxi Daily Herald, April 21, 1908, p. 1)

Mrs. Meunier replaced her husband as acting Postmaster of Biloxi on June 30, 1942,

John R. Meunier retired as Biloxi’s Postmaster on June 30, 1942.  His retirement was attributed to his age and also a debilitating stroke suffered in early February 1940.

In 1943, the Chalender Construction Company of Springfield, Missouri was awarded a $6400 contract to erect a 1000-square-foot, frame with asbestos shingles, incoming mail room on the northeast corner of the post office.  The contract also specified that a 432 square-foot, extension to the loading platform be built.(The Daily Herald,

In January 1944, after J.W. Lunday (1866-1953) rejected the offer to be appointed as Biloxi’s acting postmaster, US Representative William Colmer selected George Barrow Cousins (1883-1969) as acting Postmaster of Biloxi.  Mr. Cousins was born at Tioga, Louisiana on September 1, 1883, the son of George Hudson Cousins (1836-1916), a native of New York and Emelia Holbrook (1841-19  )arrived as an infant at Biloxi with his parents in 1889.  His career was primarily with The Daily Herald where he started as a carrier in 1901 and climbed the corporate ladder to printer’s devil, circulation manager, and city editor.  He left the local journal briefly in 1925 to pursue an interest in real estate and returned as an advertising manager.  At the time of his appointment, George B. Cousins had been with the Daily Herald for forty-three years.(The Daily Herald, January 11, 1944, p. 1) 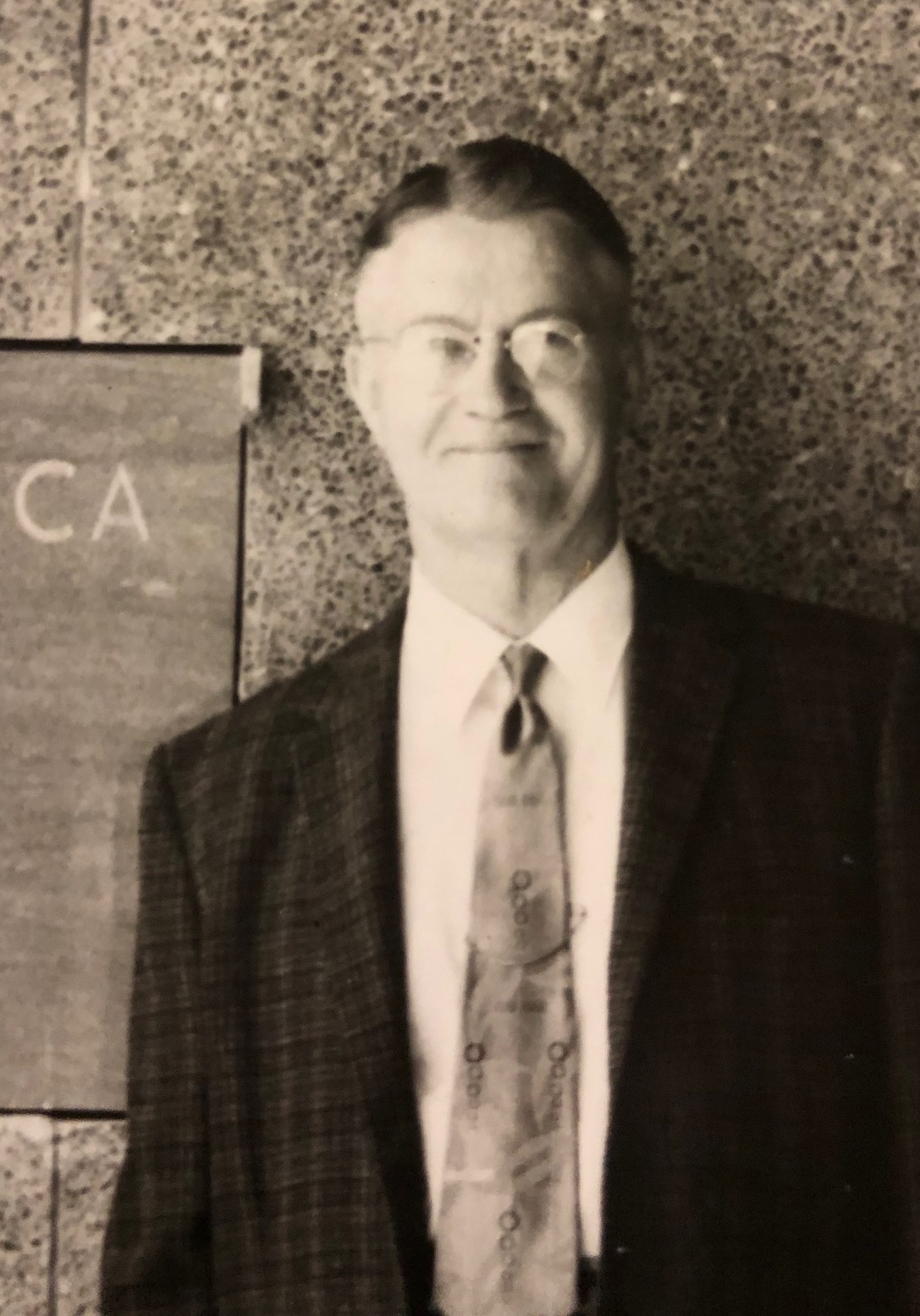 Elvas V. Shove was superintendent of the Keesler Field postal station when he was confirmed as Biloxi’s postmaster by the U.S. Senate in       .  He retired on November 1, 1961

Keesler Field, an Army Air Corps facility, which was built at Biloxi just before America’s entry into WWII, had a significant impact on the rapid growth of the Biloxi postal system.  Large volumes of mail received and sent by this rapidly growing military base created about fifty jobs between September 1941 and September 1942 as there were approximately seventy postal employees in the Biloxi post by mid-September 1942.(The Daily Herald, September 13, 1942, p. 6)

In October 1941, Edward N. Suter (1896-1950) of Biloxi with the Railway Mail Service, Charles W. DeVault, Okolona, Mississippi native, who was on detail at Camp Shelby, and J.E. Chapman of Jackson were all transfered to Keesler Field as dispatch clerks.  James Thacker, Granville Foster, and James McElroy were classified under Civil Service effective October 16, 1941.(The Daily Herald, Ocotber 8, 1941, p. 8)

In 1950, KAFB began a $36, 675,000 building program which included academic buildings, a dining hall, barracks, motor pool and the $6,200,000, Wherry family housing project of one, two and three bedroom houses.  This growth in West Biloxi’s Rural Route No. 3 resulted in it being brought into the Biloxi city delivery mail service  by December 1951.  Two mail carriers were assigned to this route instead of one.  Since it was now classified as city delivery, mailmen assigned to this route could no longer sell stamps and money orders.  These had to be purchased at the Biloxi Post Office.(The Daily Herald, December 1, 1951, p. 1)

In February 1949, it was announced that through the efforts of Congressman William Colmer (D)-Mississippi that a rural post office station would open at North Biloxi, referred to as the d'Iberville Community on March 1, 1949.  The North Biloxi postal station was situated in the Quave Brothers Texaco station and was called 'Fletcher's News Stand'.(The Daily Herald, February 19, 1949, p. 2)

On November 9, 1959, the new Biloxi Post Office opened on Main Street in the new Federal building. The 700 post office box users had to learn to use the new combination locks as keys were no longer used.(The Daily Herald, November 6, 1959, p. 10) 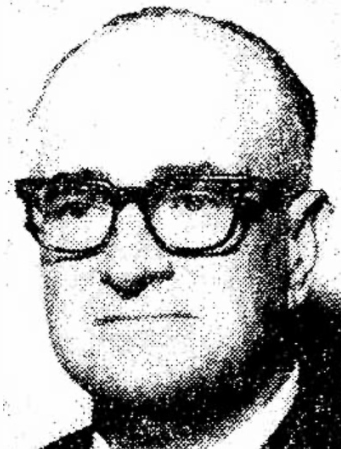 The entire clerical staff of the Biloxi post office were given achievement awards.  First time in Mississippi or nation that this had occurred.(The Daily Herald, August 19, 1964, p. 18)

The Daily Herald, “Achievement awards given at Post Office”, August 19, 1964.