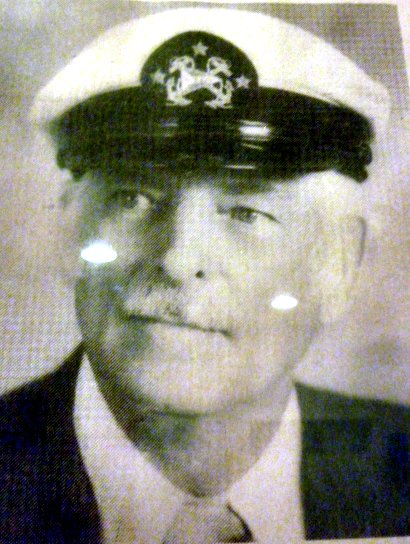 Walter Thetford Bolton(1859-1923) was born September 9, 1859 in or near Hickory, Newton County, Mississippi to Judge Isaac Langston Bolton (1827-1900+), an Alabaman, and Martha Thetford Bolton (1843-1870+), also from Alabama.  Walter came as a single man to Biloxi, Mississippi in 1892 from Perkinston, Harrison County, Mississippi.  At Perkinston, Dr. Bolton was also the US Postmaster.  During his tenure here, he was lauded for improving the mail service from Perkinston to the outside world.(The Biloxi Herald, January 18, 1890, p. 1)

Olivia S. Bolton was a graduate of Whitworth College at Brookhaven.  She worked diligently for her family, church and Biloxi.  Mrs. Bolton was recognized by the Biloxi Lions Club and awarded a loving cup, as she was chosen by its membership in 1943, as Biloxi’s  Citizen of the Year.  She was well known for her efforts to support the First Methodist Church of Biloxi, formerly the Main Street Methodist Church, through its fund raising campaigns.  Mrs. Bolton’s last monetary project resulted in the completion of the church steeple.   She was a member of the Red Cross executive committee, American Legion auxiliary, former State and local president of the United Daughters of the Confederacy, past president of the Cleophan Club, chairman of the local Christmas Seal and Tuberculosis sales, active in the Girl Scouts and a Sunday school teacher.  During WW II, Olivia worked with USO Traveler’s Aid.  She was a charter member of the Howard I Mother’s Club and a former member of the Eastern Star and Civic Club.(The Daily Herald, June 25, 1952, p. 1)

It is known that the W.T. Bolton family was domiciled on Fayard Street as early as 1896.  Their house was situated behind the Catholic Convent on Reynoir Street. In November 1896, its roof caught fire due to a defective flue.  The small fire was extinguished without sending out an alarm.(The Biloxi herald, November 14, 1896, p. 8)

By late November 1901, the iron front for the new Bolton Building had arrived and was immediately put in place by P.J. Gillen and Bert C. Gillen, contractors, from Birmingham.  They had been in Biloxi since October 1901 erecting the Bolton Building at 138 West Howard Avenue for Dr. Walter T. Bolton.  Dr. Bolton had his offices and residence here until about 1920 when the family relocated to West Beach and Porter Avenue.  By May 1902 the Bolton Building was completed and the Gillens left for Alabama.(The Biloxi Daily Herald, November 28, 1901, p. 8, March 20, 1902, p. 8 and May 9, 1902, p. 8)

According to Walter T. Bolton IV, the family resided in a house in the rear of the Bolton Building until about 1920 when the handsome family at 1118 West Beach Boulevard was completed.(W.T. Bolton IV-July 2013)

Dr. Walter T. Bolton began acquiring land on the Mississippi Sound at Biloxi in February 1900.  At this time, he acquired from Origen G. Williams for $750 a large lot on the southwest corner of Porter Avenue fronting 180 feet on the Beach Road and running north on Porter Avenue for 600 feet.(Harrison Co., Mississippi Land Deed Bk. 43, p. 518)

Dr. Bolton is known to have had a sugar patch in the rear of the house.  In 1918, he reported that a stalk of his cane had reached 18 feet in height and had 26 joints.  Occasionally young adventurers would make off with some of his prized sugar cane.(The Daily Herald, November 23, 1918, p.3)

In December 1938, Mrs. W.T. Bolton signed a five-year lease with Standard oil of Kentucky for a tract measuring 75 feet by 100 feet on the SE/C of the Bolton land.  The rent was $75 per month and the land was used as a gasoline filling station for many years. (Harrison Co., Mississippi Land Deed Bk. 223, p. 323)

The original facade of the Bolton building has long disappeared from the streetscape of West Howard Avenue.  Mrs. W.T. Bolton, after she became a widow, sold the structure to Phillip W. Levine (1890-1940), a Russian Jewish immigrant, in January 1924 for $15,000.  Through the years, the building has been utilized a Woolsworth variety store, a hardware store,  and other commercial enterprises.(The Daily Herald, February 16, 1940, p. 1 and Harrison Co., Mississippi Land Trust Deed Bk. 35, p. 187 and  Bk. 55, p. 445)

After the Great War, W.T. Bolton II took a job in Orange, Texas and was employed constructing highways.  He would visit Biloxi as often as time allowed.(The Daily Herald, October 16, 1922, p. 2)

In 1932, Robert H. Holmes (1869-1949) and Sons acquired the Ford motorcar agency at Biloxi. They incorporated as the Holmes Motor Company in April 1932.  Their Ford Agency was relocated from Lameuse Street and the L&N Railroad to the northeast corner of West Howard Avenue and Caillavet Street.  In October 1933, the Holmes Motor Company had a curious demonstration in their Lameuse Street showroom to demonstrate the chassis and springs strength of their automobiles.  One Ford had 3400 pounds of lumber placed on its top.(The Daily Herald, October 10, 1933, p. 3)

On formal opening day in late June 1935, the public was invited to observe that the building had been renovated and cleaned thoroughly and the entire plant elevated to first class conditions.  The large workshop in the north section of the structure was made into a temporary auditorium and a five reel motion picture of the Ford plant in Michigan, Ford cars climbing Pike’s Peak and other promotional features of the Ford automobile were shown during the afternoon.  Some of the employees of the organization at this time were: L.V. Pringle Jr.; Dewey Reagan; Frank Pringle; E. Jacquot; John Stojcich; T.N. Lightsey, salesman; J.W. Watts, salesman; and the garage force: George Wilson; Robert Illsley; Dudley Powell; and H. Campbell.(The Daily Herald, July 1, 1935, p. 2)

Cornelia Bolton Berry died at Biloxi on December 12, 1994.  Her corporal remains were interred in the Biloxi Cemetery.(The Sun Herald, December 14, 1994, p. A2)

Olivia Sones Bolton(1903-1933) graduated from Biloxi High School and Mississippi State College for Women (MSCW).  Olivia became a school teacher and taught at Biloxi, Shaw, Mississippi in the Delta and at Atlanta, Georgia.  She married Edgar N. Taylor in Harrison County, Mississippi on September 20, 1927.  Edgar was born at Union City, Pennsylvania and made his livelihood at Atlanta, Georgia as an insurance underwriter and district manager for the Aetna insurance Company.(The Daily Herald, June 5, 1927, p. 2 and Harrison Co., Mississippi Circuit Court MRB

Olivia S. Bolton Taylor expired at Atlanta, Georgia on March 20, 1933.  She had been ill for more than a year and her mother had come from Biloxi to care for her during her illness.  Mrs. Taylor’s corporal remains were sent to Biloxi for internment in the Biloxi Cemetery.(The Daily Herald, March 21, 1933, p. 2)

Like his father, Eldon L.  Bolton practiced medicine at Biloxi.  For fifty-six years, he devoted his life to the health and welfare of the denizens of Biloxi.  Dr. Bolton worked with Dr. Eugene A. Trudeau (1897-1970) and Dr. Middleton and operated his clinic on the southwest corner of Lameuse Street and Washington, now M.L. King Jr.

The Daily Herald, “All in readiness for Commencement in Biloxi school”, May 23, 1911.