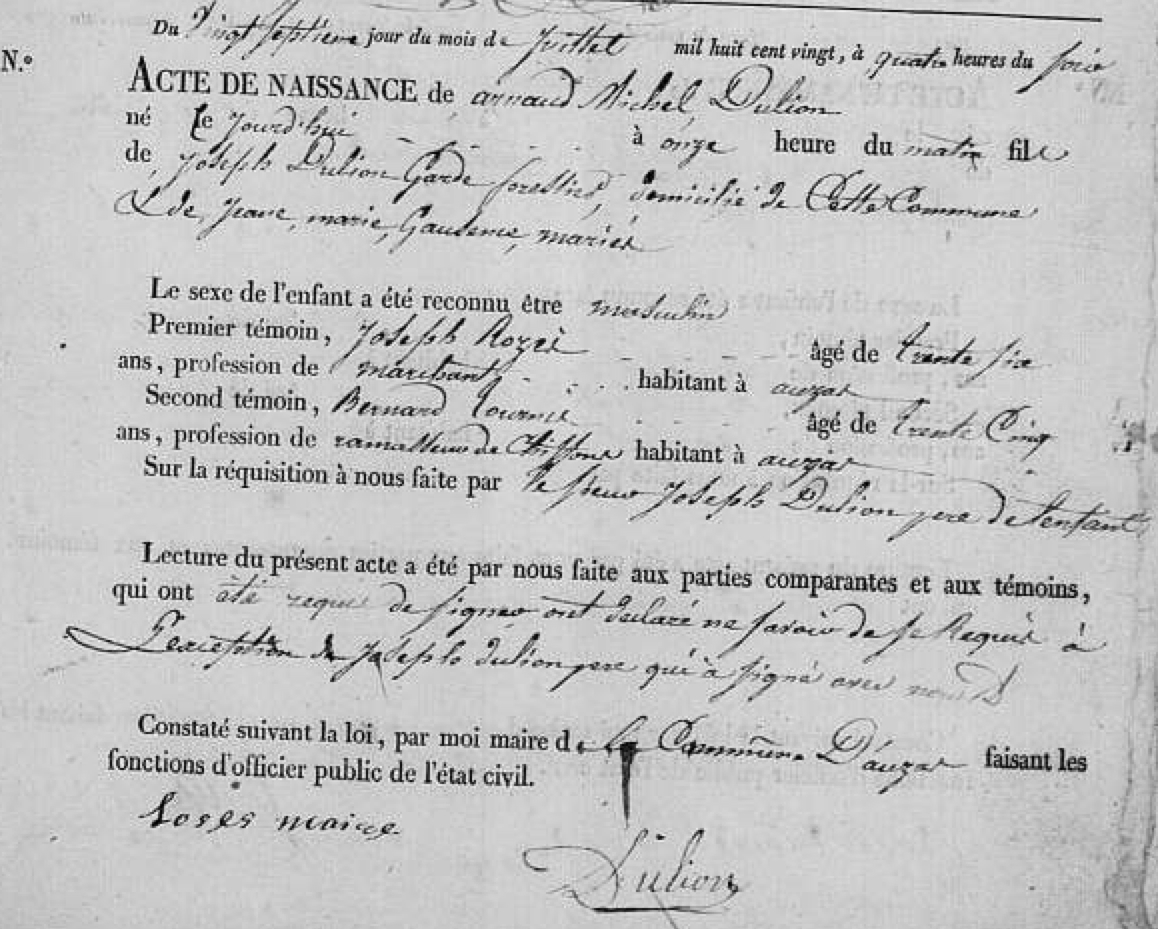 Julia Dulion (1857-1918) was born at Biloxi on May 25, 1857.  On September 30, 1871, she married Lazaro ‘Laz’ Lopez (1850-1903), a native of Spain, in the Nativity of the Blessed Virgin Mary Catholic Church at Biloxi.  Mr. Lopez had immigrated Texas from Cuba via Spain between 1864 and 1866.  At Biloxi, he became one of its most wealthy and industrious citizens.  Laz Lopez acquired his fortune as a merchant, banker, seafood pioneer, and as an investor in new technology which brought electricity and modern transportation to the Queen City.

Lazaro Lopez died at Rome, Italy in September 1903 from a kidney ailment.  He was on an extended European vacation with Julia and three of their children.  Mr. Lopez’s body was shipped from France via New York City to Biloxi for burial on October 1903. Julia Dulion Lopez expired at Biloxi, Mississippi on June 30, 1918.  Her corporal remains were interred in the Biloxi Cemetery.(The Biloxi Daily Herald, September 25, 1903, September 26, 1903, October 17, 1903, October 19, 1903, and The Daily Herald, July 1, 1918)

A.M. Dulion Jr. made his livelihood in the livery and undertaking business at Biloxi.  His business was situated on the corner of Lameuse Street and Water Street.

Myrtle H. Dulion and Dilworth Q. Easterling were the parents of a son who died before adulthood.  Myrtle expired in Duval County, Florida on August 6, 1973.  Doc Easterling followed her in death passing on March 21, 1978.(Marcia D’Amico, December 29, 2010)

In August 1898, the T.P. Dulion Mercantile Company opened in its new three-story edifice on the northeast corner of Howard Avenue and Reynoir Street.  The structure was owned by Lazaro Lopez and built by

Theodore Paul Dulion (1895-1949) was born November 24, 1895 at Biloxi, Mississippi.  He attended Biloxi Public schools and graduated from the Gulf Coast Military Academy in 1915.  Mr. Dulion went to Houston, Texas and worked in shoe sales for Krupp & Tuffly and the Scoggins Shoe Company.  He later went to NYC where he was employed with the Hanan Company and  by Lord, Taylor & Altman and other 5th Avenue merchants.  At the time of his demise at Harrington Park, New Jersey on 15 February 1949, Theo was working for Saks Fifth Avenue.  He had married in 1925 to Miss Virginia Osborn (1902-1951).  Mr. Dulion's body was sent to Biloxi for commitment in the Biloxi Cemetery.(The Daily Herald, February  17, 1949, p. 6) 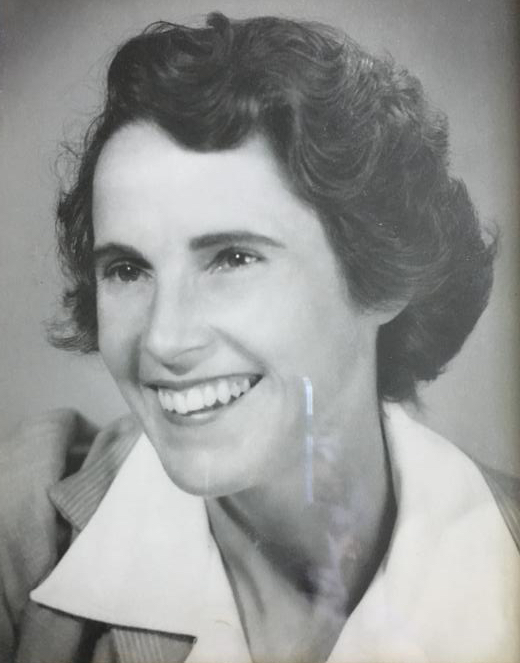 Julia Abbe Dulion was born at Biloxi, Mississippi on 1907.

Julia Dulion's father, T.P. Dulion, died on the day she was born.  I have her baby photo album showing their summer home in Michigan which looked very grand.  If you would like, I can send you some copies of the photographs I have.  Julia was an excellent swimmer in her youth and I believe tried out for the Olympic swim team.  She was also a physical therapist and served in the military in the Pacific theater during World War II.(I have letters she sent during the War). She worked as a physical therapist in the Chicago area for the Chicago Public School System at the  Spalding Crippled Children's School.  She received her Bachelor of Science from Northwestern University in 1940 and her Master of Arts in 1942 (I have her diplomas).
After the war, she and my great Aunt lived in Chicago, IL and always had a summer home which they graciously shared with my family for wonderful get togethers.  After she and my Aunt retired, they moved to Orlando Florida, but still kept a summer home in the midwest.  Julia became an avid fisherwoman and won prizes in fishing contests.  They took me on several vacations when I was a teenager.  We would drive to Florida so they could figure out where they wanted to retire.  Julia told us that when she was a child her Mother would take her up north to Boston and New York to buy clothes for school.  It sounded like the family lived quite well for some time after her father died, but eventually the money ran out.  She rarely spoke of her family and maintained some contact with nieces and nephews but really became a member of our family and was present in our lives, very much loved and dearly missed when she died.  The date of her death, that you have in your records is incorrect.  My Aunt kept Julia's ashes for 6 years before having them interned at Acacia Park Cemetery and they put the wrong date on the plaque.  If I can be of any further assistance, please let me know.  If you want the pictures, would you prefer hard copy duplicates or should I just send them as attachments in an email?  I have also read the book about her uncle, Lazaro Lopez, who married her father's sister Julia, who I believe Julia Abbey was named after.  I sent the book to my sister who now lives in Florida.  He was an amazing person too.  I enjoyed seeing Julia's father's picture and I think she resembled him (especially her eyes).[from Debra Down via e-mail June 1, 2017]

Throughout the Civil War, Madisonville, with its strategic place at the mouth of the Tchefuncte River on Lake Ponchartrain, was a central location for illicit trade between occupied New Orleans and the North Shore, still in the hands of the Confederacy. By January 1864, Union General Nathaniel Banks had determined to put a stop to it, so he sent 1000 men to Madisonville, where on 3 January the town was taken without resistance. Federal troops occupied the town for just over a month. They confiscated everything of worth, loading their boats with lumber, turpentine, tar, bricks, and produce, for shipment back to New Orleans. Madisonville was left in virtual ruin, its people destitute, by the Union expedition which consisted of portions of the following regiments: the 12th Maine, 9th Connecticut, two battalions of the convalescents of the XIIIth Corps, the 15th Massachusetts artillery, and the 2nd Louisiana Cavalry, all under the general command of Colonel William K. Kimball of the 12th Maine volunteers.

During that month Antoine Dulion’s store was emptied and his farm animals taken. Dulion and his family recovered from their losses and remained in the town, where Antoine continued his merchandising business. In 1866 he paid Federal taxes as a retail liquor dealer. That same year he bought a lot 60 ft. x 120 ft. south of the Catholic Church formerly belonging to Luca Delpt. A year later he purchased lot #5, in square 11, on St. Mary Street. Ten years later he extended his holdings bying adjacent lots #9 & 10, in square 11 on Pine and St. Tammany streets. Catherine Carroll Dulion died on 30 November 1880 and was interred in the Madisonville Town Cemetery. Antoine followed on 18 July 1884 and was buried with her.

In Antoine and Catherine’s succession sale which took place in late 1884, all of his town property was put up for auction, as well as, ten head of cattle, 187 head of sheep, one carriage, one cart, two mares, one dray, all the merchandise in his store, his claim before the French and American Claims Commission, 760 pounds of wool, and old debts due his store amounting to $1213.17. His estate was eventually paid only a small portion of what he had  claimed as losses incurred in the Civil War. His younger brother, Arnaud Michel Dulion, preceded him to America, and settled in Biloxi, Harrison County, Mississippi.