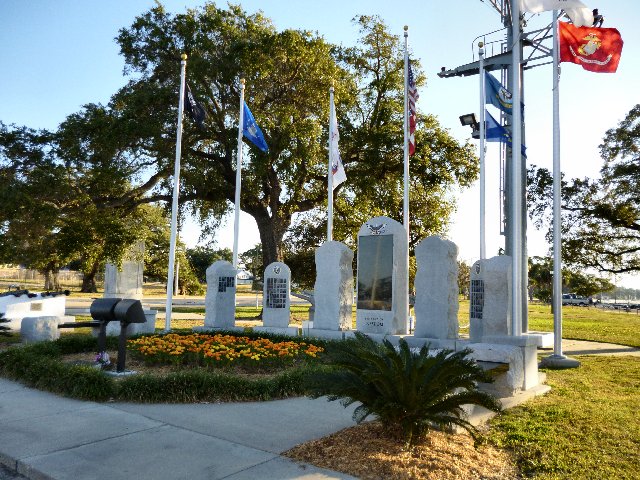 21st Century
The first decade of the 21st Century at Biloxi was indelibly marked by the devastation of Hurricane Katrina on August 29, 2005.  The Category Three tempest came ashore in the early morning of August 29th near the Pearl River delta in Hancock County, Mississippi.  Although hurricane force winds lasted along the MIssissippi Gulf Coast for more than ten hours, it was the large storm surge exceeding twenty-five feet in some areas that devastated the entire Mississippi Gulf Coast.  Katrina trailers and later Katrina cottages became the domiciles for those unfortuante ones who lost their homes in the monster tempest.
Population at Biloxi in 2000 was 50644 people and by 2010 had decreased to 44,054 people due in a large part to the loss of homes and businesses from Katrina.  With insurance litigation, FEMA, and other onerous issues, rebuilding of the Katrina decimated waterfront at Biloxi proceeded very slowly and by 2010 some notable progress had been made.
2001
The Tradition, a master planned community of 4642 acres situated in T5S-R10W, T5S-R11W and T6S-R10W of Harrison County, Mississippi, was platted by Columbus Communities, LLC in February.  Joseph Canizaro, a Biloxian and New Orleans resident, was the prinipal investor, with Gerald H. Blessey, another Biloxian, involved in the management and ownership of this impressive project.[Harrison Co., Mississippi Chancery Court Land Plat Bk. 43, p. 20A]
William Paul Shelton (1910-2001), local jeweler, who opened his first store at Biloxi in 1945 and Ocean Springs in 1972 expired on February 16, 2001.(The Ocean Springs Record, March 1, 2001, p. 3)
Robert 'Bob' L. Garrison (1931-2001), born August 16, 1931 at Fort Wayne, Indiana and basketball coach at Biloxi High School in the late 1950s and 1960s expired on April 15th at Raymond, Mississippi.  Gaynell Sumrall Garrison (1934-2003), his spouse, expired on September 19, 2003. (The Sun Herald,  April 18, 2001, p. A-7 and September 21, 2003, p. A9) 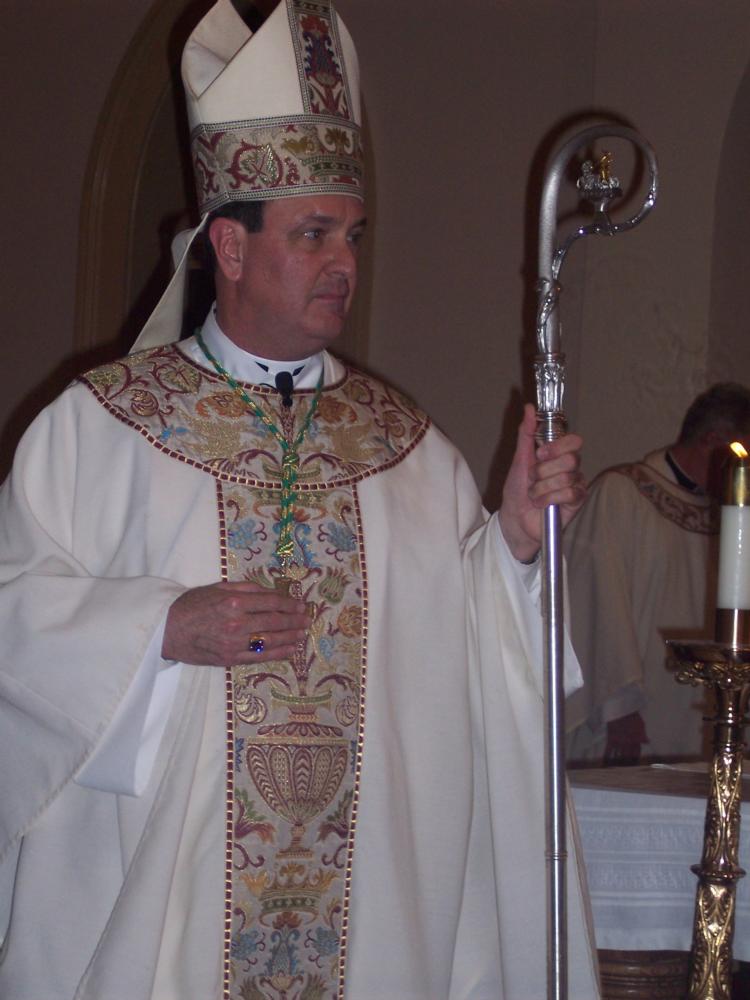 Thomas L. Rodi was ordained a Bishop and installed as Bishop of Biloxi on July 2, 2001.  Bishop Rodi was appointed Archbishop of Mobile by Pope Benedict XVI on April 2, 2008, and was installed on June 6, 2008. 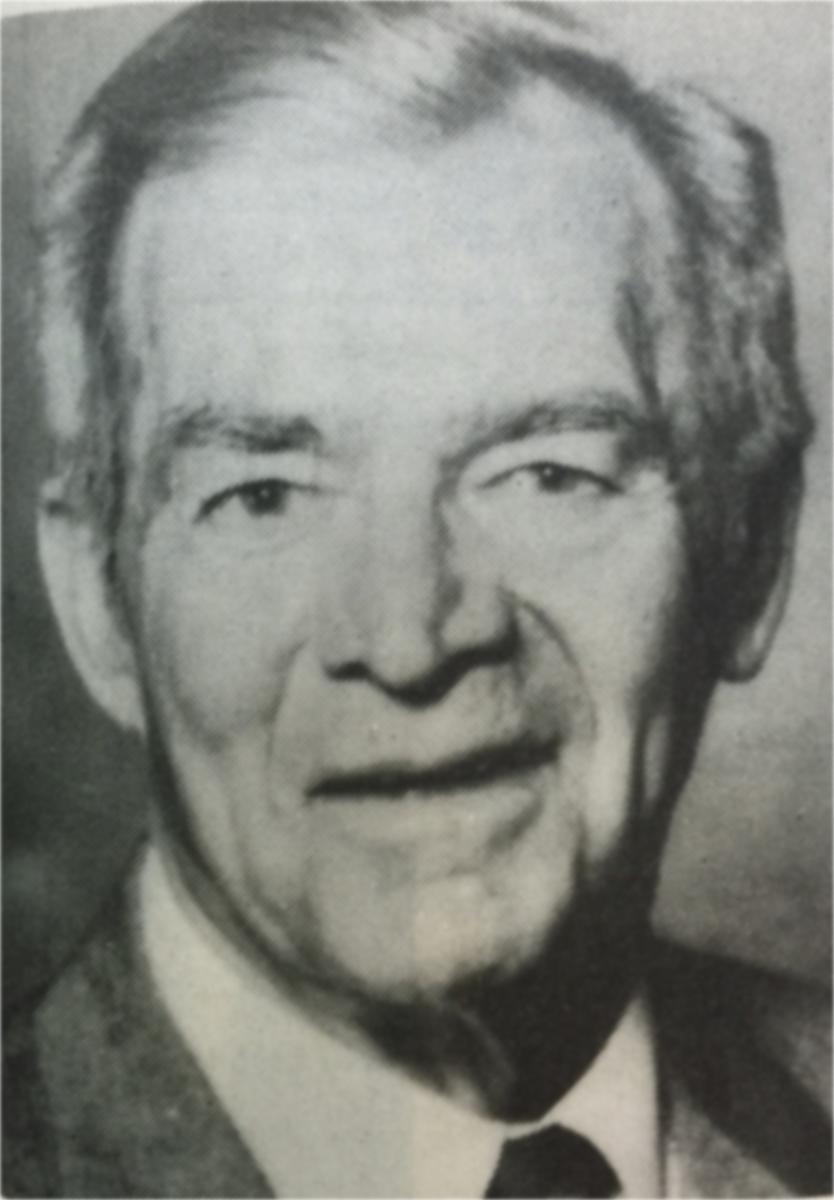 David Staehling, principal adviser to Mayor A.J. Holloway will retire at the end of the year. (The Sun Herald, September 14,  2012, p. 2A)

Biloxi native, Chris LeDoux will get marker on music trail. The second marker on the Country Music Trail will be dedicated at the Biloxi Town Green. The first marker honors Nashville singer/songwriter Paul Overstreet in his hometown of Vancleave. (The Sun Herald September 26,2012  P.2A)

Biloxi Council member, Tom Wall, will not seek 6th term. Paul Tisdale, former Superintendent of Biloxi School District is among the first to announce he intends to run for the Ward 5 seat in the 2013 municipal election. (The Sun Herald, October 24, 2012, p. 2A)

David Nichols will return as Chief Administrative Officer for Mayor AJ Holloway. Nichols was CAO in Biloxi from 1994 to 2001 and Director of Community Development from 1991 to 1993.  He also served as CAO to Gulfport Mayor Brent Warr in 2006.( The Sun Herald, December 7, 2012 p.8A ),

The Bolton property on US 90, across from the Biloxi Lighhouse, will be purchased for $1.7 million. The Mississippi Development Authority will reimburse the city next week with Community Development Block Grant money. (The Sun Herald, December 12, 2012, p.2A)

The Mississppi State Department of Health has approved a certificate of need to build a new medical center in North Biloxi. Harrison health Management Associates, owners of the old Gulf Coast Medical Center were given state approval December 20, 2012. The new hospital will be just off Interstate 10 in North Biloxi and will be known as The Hospital at Cedar Lake. (The Sun Herald, December 21, 2012, p.1A)

Dr. William Walker, executive director of the Mississippi Department of Marine Resources, was fired by his governing board on January 15th.  Walker had been suspended without pay earlier following internal audits into the spending practices of the organization.(The Sun Herald, January 16, 2013, p. A1)
"Rotate Black needs more time to proceed with casino"(The Sun Herald January 16, 2013  p.6B)

A year after thousands danced at the May 22, 2012 opening of Margaritville Casino crowds have thinned and management has changed. Now Margaritville is moving aggressively with major additions, the first of which is a hotel and new slot games. (Mississippi Press May 28,2013  p.10M)

State of Mississippi pitches in $15 million for new baseball stadium with BP grant money. (The Sun Herald May 31,2013  p.1A) 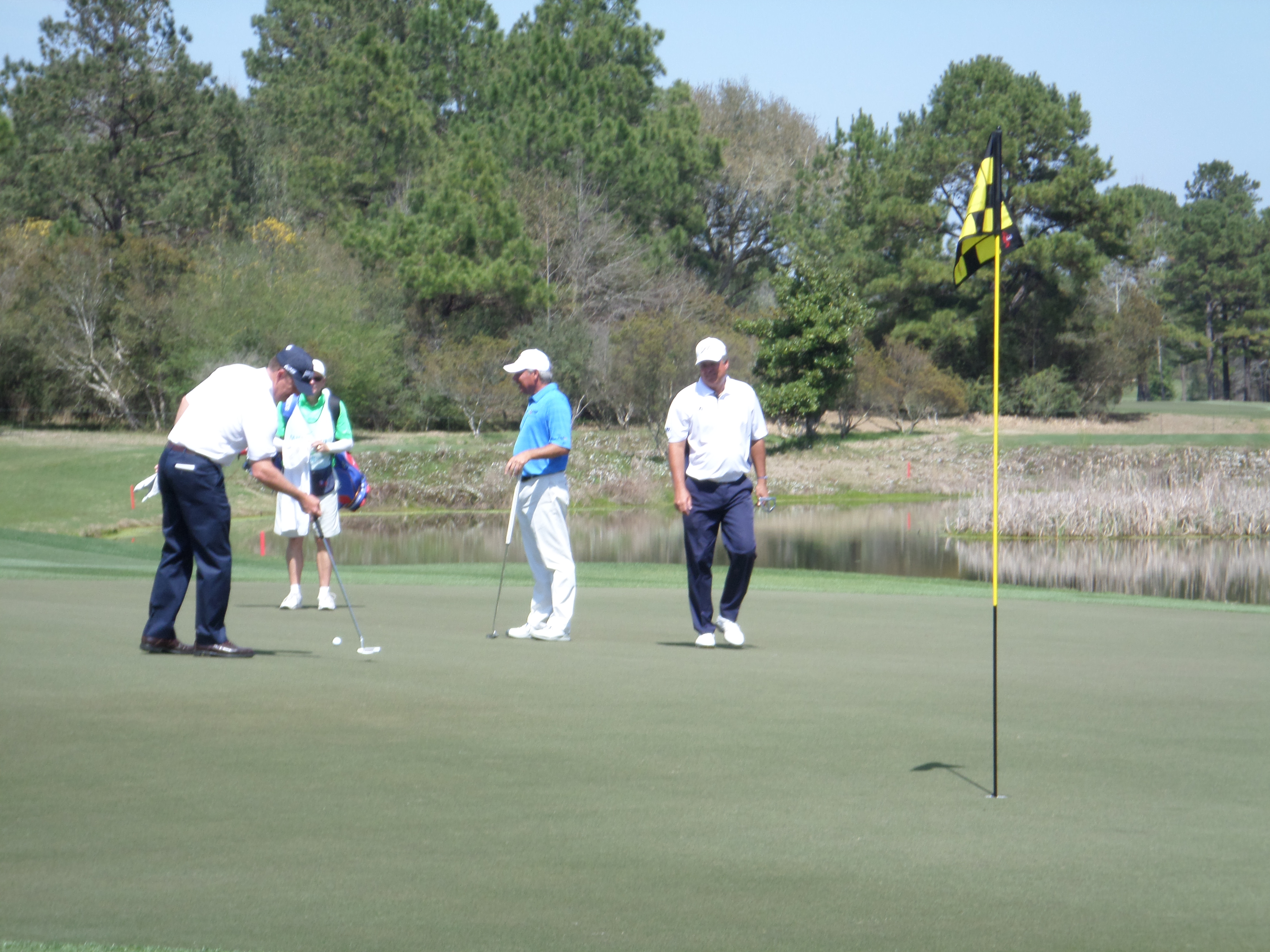 James H. “Jim” Neirynck (1928-2014), native of Bloomington, Illinois, passed on June 2, 2014 in Biloxi.  He graduated from Quincy College in Quincy, Illinois, then served as a Staff Sergeant in the United States Air Force during the Korean War. He was a longtime general contractor who built numerous homes and businesses on the Gulf Coast. Jim was a member of the Biloxi Yacht Club for more than 35 years where he was an avid sailor and served as Commodore for 2 years. Jim was also a member of the Mississippi Home Builders Association, Ocean Springs Rotary and St. Alphonsus Catholic Church.(The Sun Herald, June 11, 2014, p. A-4)

Donald R. 'Don' Green (1926-2014), native of Sherwood, North Dakota and Coast resident since 1952, expired at Ocean Springs, Mississippi on July 19, 2014.  Don was a veteran of the USAF and graduate of Michigan Technical University.  He joined Ferson Optical at Ocean Springs after completing his military service and became president of the company in 1962.  In 1976, Don and Janet Swan Ferson Green, his spouse, founded PFG Optics, and he retired in 1996.  Mr. Green was active in civic affairs at both Biloxi and Ocean Springs.  He was a director of the Hancock Bank and the Jackson and George County Salvation Army.  Don was a fine athlete and participated in ball room dancing, tennis, golf, and skiing. He won a national ski event, gold medal in 2012 claiming the giant slalom title in his age group.  Mr. Green was an aviator and had flown in Canada, Mexico, the Bahamas and Central America.(The Sun Herald, July 22, 2014, p. A-6 and July 23, 2014, p. A-8)

Dr. Thomas 'Tonk' Ransom Compton (1943-2014), Biloxi native and architect, passed on August 1st. Thomas held degrees from LSU and USM.  He was a principal in Compston, Bolton & Associates and an Architect Emeritus with the AIA.(The Sun Herald, August 5, 2014, p. A-6) 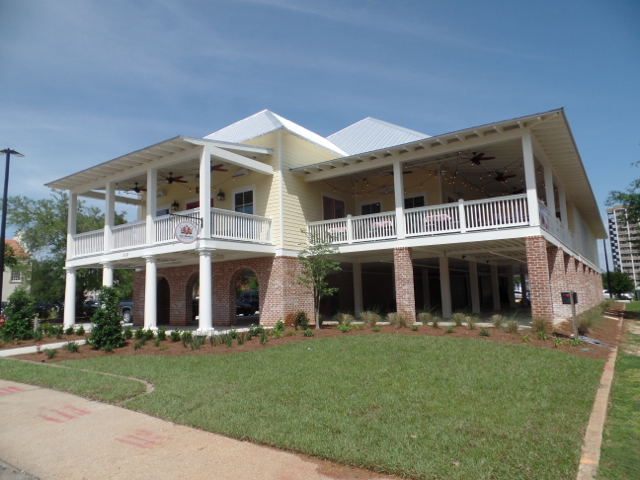 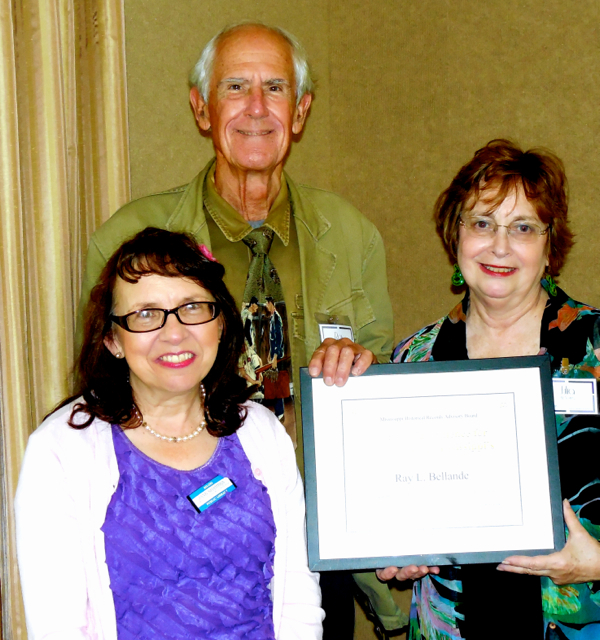 [L-R: Jane Shambra, Biloxi Public history and genealogy Librarian; Mr. Bellande; and Julia Marks Young, Deputy Coordinator of MHRAB]
On April 16, 2015, Ray L. Bellande was recognized by the Mississippi Historical Records Advisory Board with an Award for Excellence for his historical websites: <biloxihistoricalsociety.org> and <oceanspringarchives.net>.(The Ocean Springs Record, May 5, 2015) 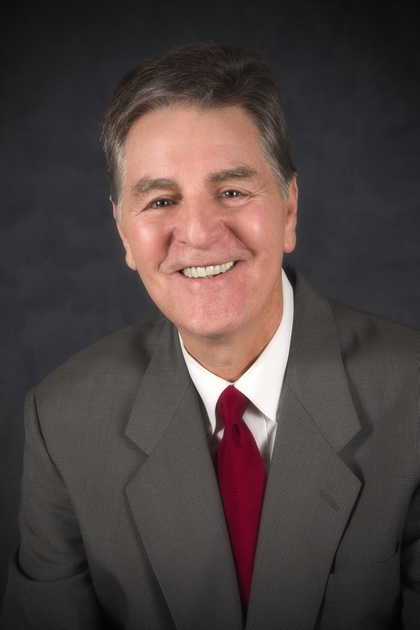 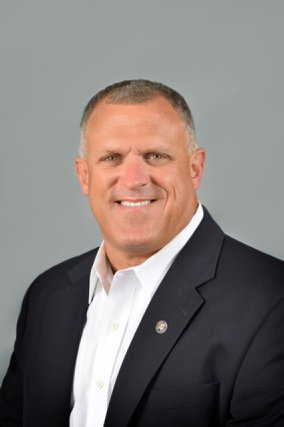 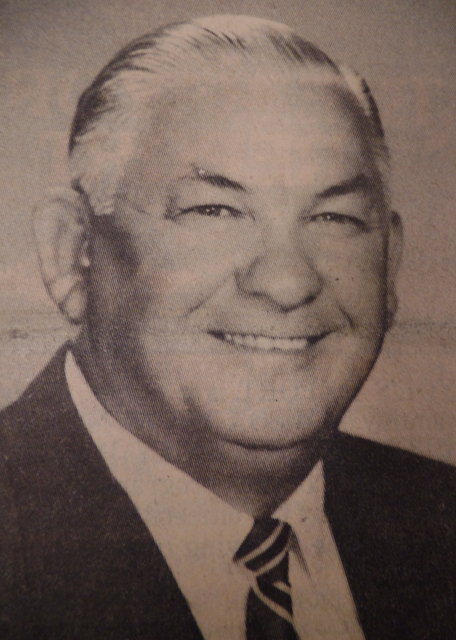 On August 6th, the Croatian-American Cultural Center, City of Biloxi and Dr. Gilbert Mason Jr were hosts to the Frank "Yankee" Barhanovich, 'The Music Mogul' and the 50th Anniversary of the August 5, 1966 Biloxi Municipal Stadium by James Brown.

In December 2016, the State of Mississippi acquired the 492 acres that British Petroleum had bought from the Boddie family in April 2011.  The Federal Mississippi Coastal Improvements Program acquired the tract for $13.7 million and transferred title to the citizens of Mississippi at no cost.  The US Army Corps of Engineers planned to commence in February or March 2017 to "renourish" the eastern beach of Cat Island and restore Goose Point to its pre-1998 configuration and adding 40-acres.[The Sun Herald, December 10, 2016, p. A-1] 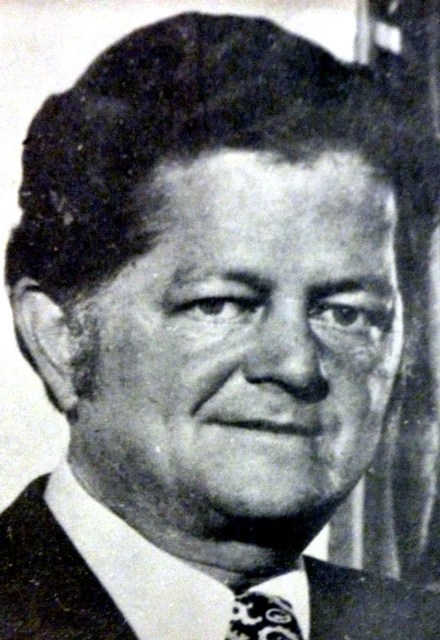 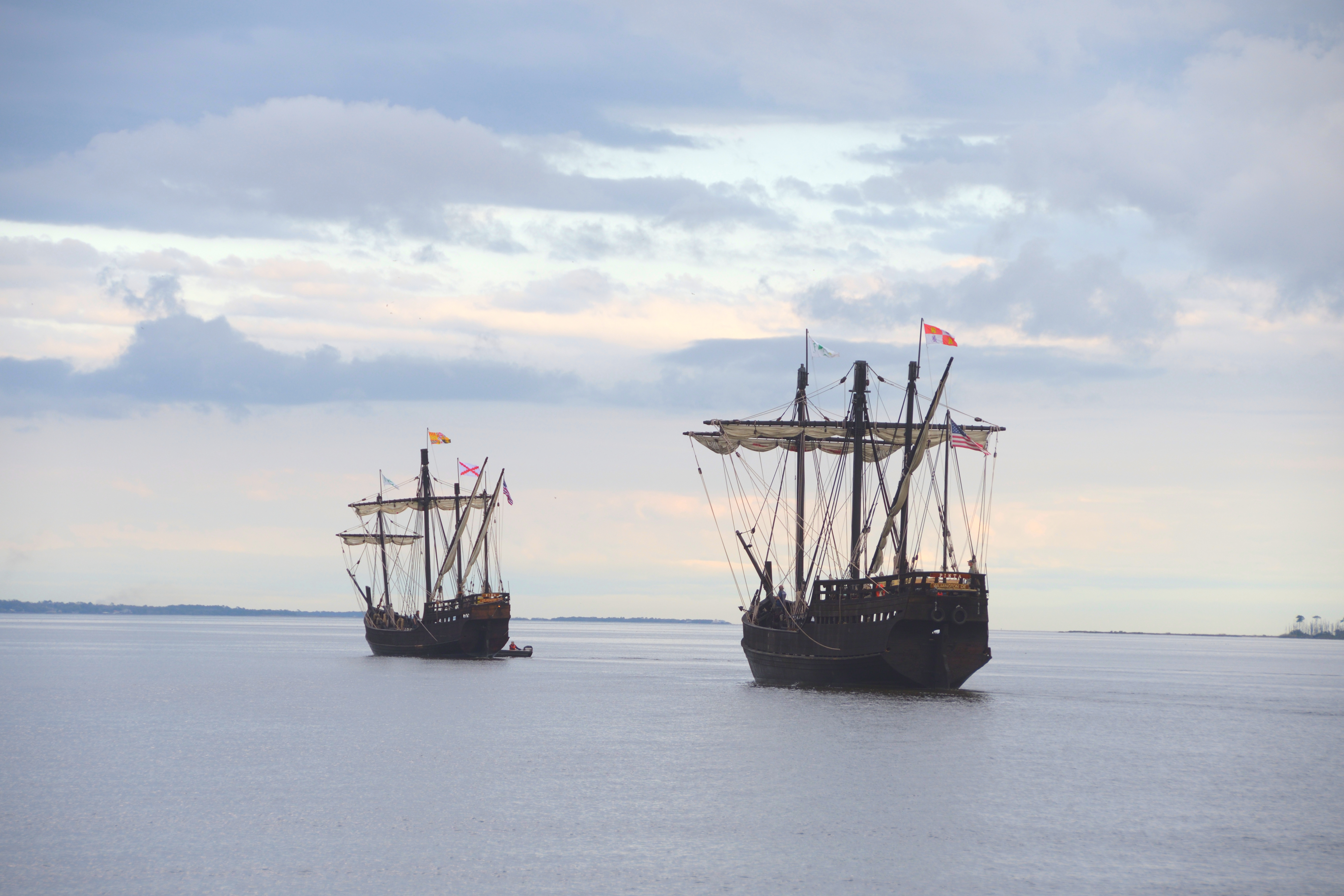 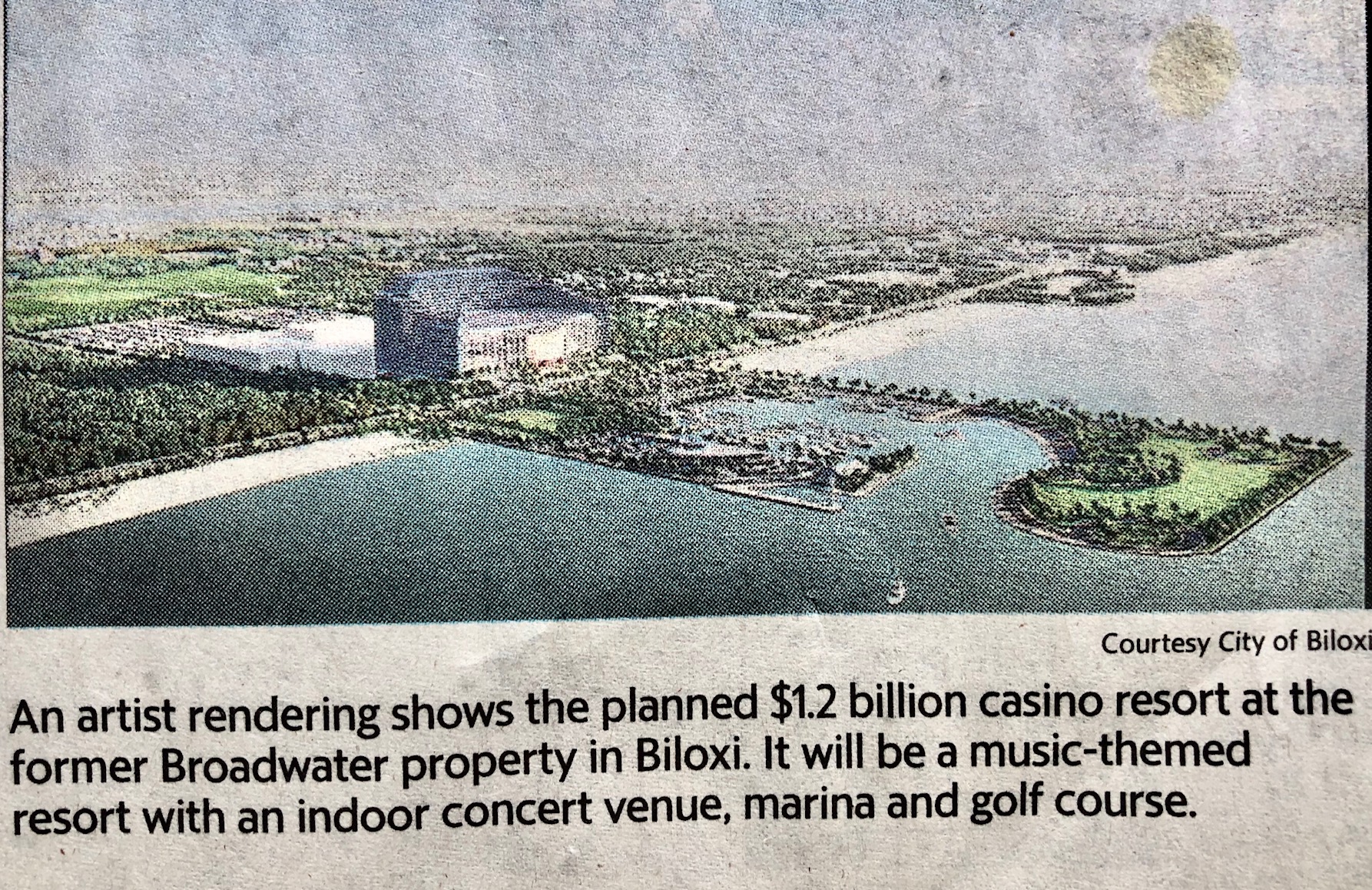