Aubrey H. Gardner (1911-2004) was born February 10, 1911 in Tulsa, Oklahoma to George Gardner (1867-1930+) and ? . Parents divorced before 1920.  Attended art school in Los Angeles, California.  Came to Biloxi, Mississippi via KAFB and after discharge worked in civil service in their graphics art department.  Began Gardner Signs on Caillavet Street south of Division Street in the 1950s.  Gardner also designed and built stage settings for many carnival organizations prior to the Mardi Gras season.  Aubrey married Faye Stratton on July 27, 1935.  He and Faye resided on Iroquois Street for many years.  No children.  In 1969, the Gardners moved to D’Iberville, Mississippi north of Biloxi where he continued to paint signs.  Aubrey went to a retirement home at Ocean Springs in his old age.  He passed on July 1, 2004 at Ocean Springs, Mississippi. 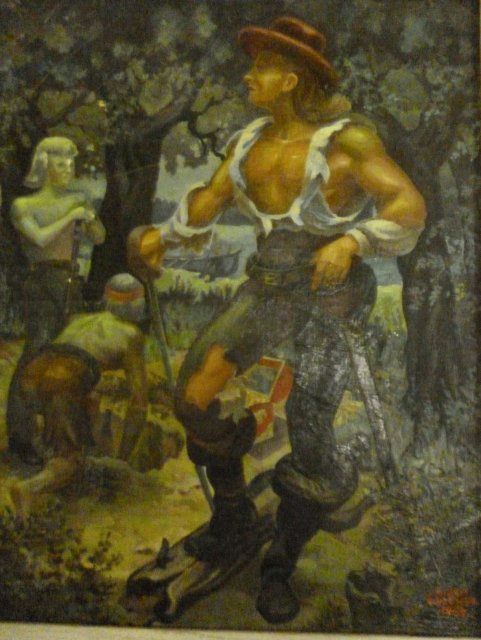