[Possession of OOMA in Biloxi, Mississippi]

William Robert Steene (1887-1965) was born at Syracuse, New York on August 18, 1887.  He was a nationally known portrait painter and muralist. Steene studied under Colarossi and Julian in Paris, after his initial art education at the Art Students’ League and National Academy of Design in New York City. Among his portraitures possibly familiar to local residents are: President Franklin D. Roosevelt; Senator Theodore Bilbo of Mississippi; Governor Henry Whitfield of Mississippi; Dr. Karl Meyer, head of Cook County Hospital at Chicago; E.V Richards, president of the Navy League of America and Paramount Richards Theatres; and golfing legend, Robert Trent “Bobby” Jones.(Who’s Who in America, Vol. 31, 1960-1961 and Bradford-O’Keefe Burial Book 48, p. 245)

Probably William R. Steene's first visit to the Mississippi Gulf Coast was in April 1931, when he was a guest of the Buena Vista Hotel at Biloxi. He had painted in Mississippi earlier in his distinguished art career.  Steene had come to Biloxi after completing two portraits.  They were of Frank G. Logan (1851-1937), philanthropist and honorary president of the Chicago Art Institute, and Dr. Harry Woodburn Chase (1883-1955), president of the University of Illinois.  Mr. Logan's portrait was hung in the Grand Central art gallery at NYC.(The Daily Herald, April 18, 1931, p 2)

In 1956, from his Gulf Hills studio, W.R. Steene completed a large mural depicting the 1953 Louisiana Sesquicentennial Celebration, a remembrance of the Louisiana Purchase of 1803, at New Orleans.  President Eisenhower is at the center of this 50-foot long, ten-foot tall, triptych mural, which took a year to complete.  The painting hangs in the Presbytery of the Louisiana State Museum at New Orleans.(The Daily Herald, “Know Your Coast”, November 15, 1957) 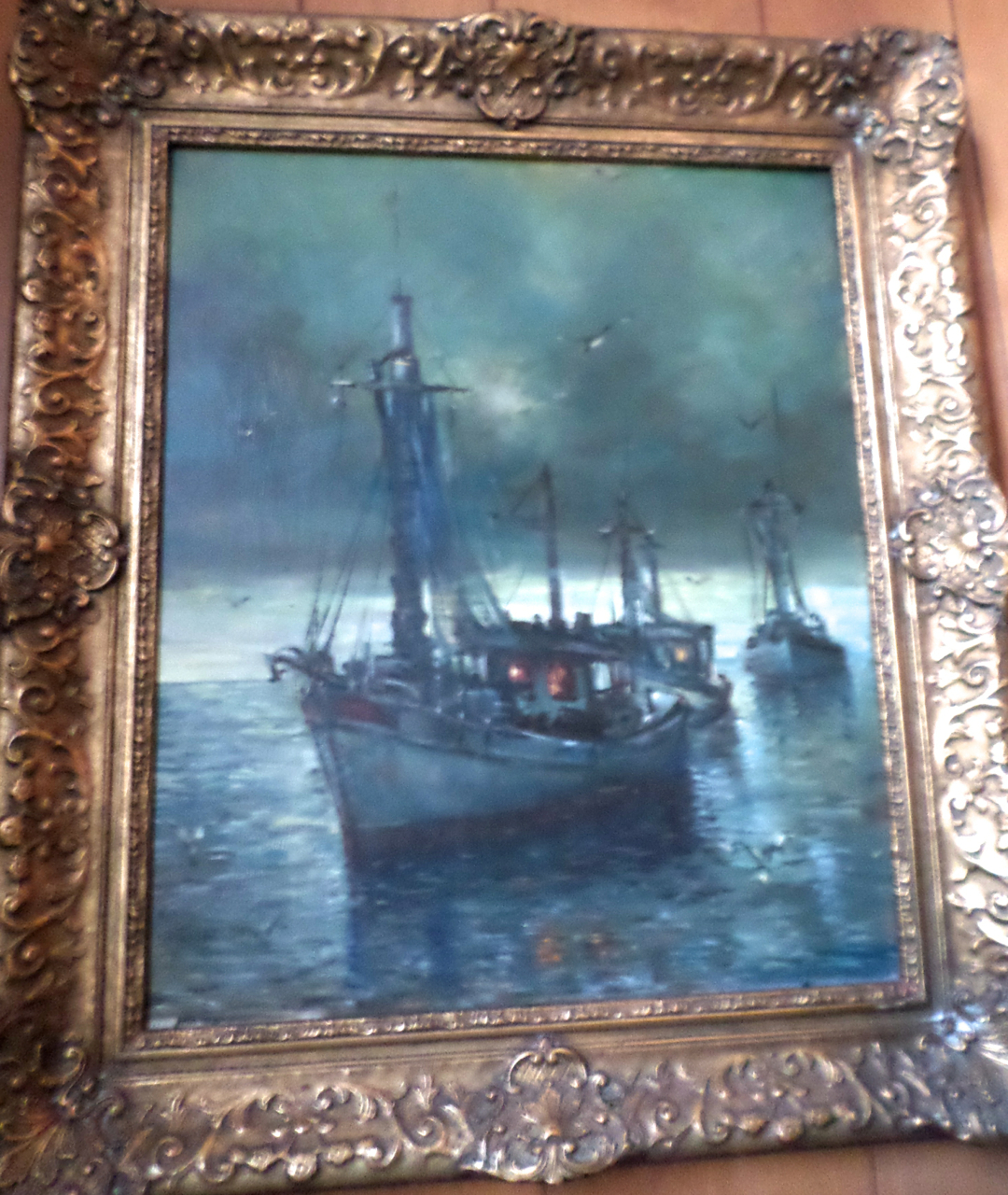 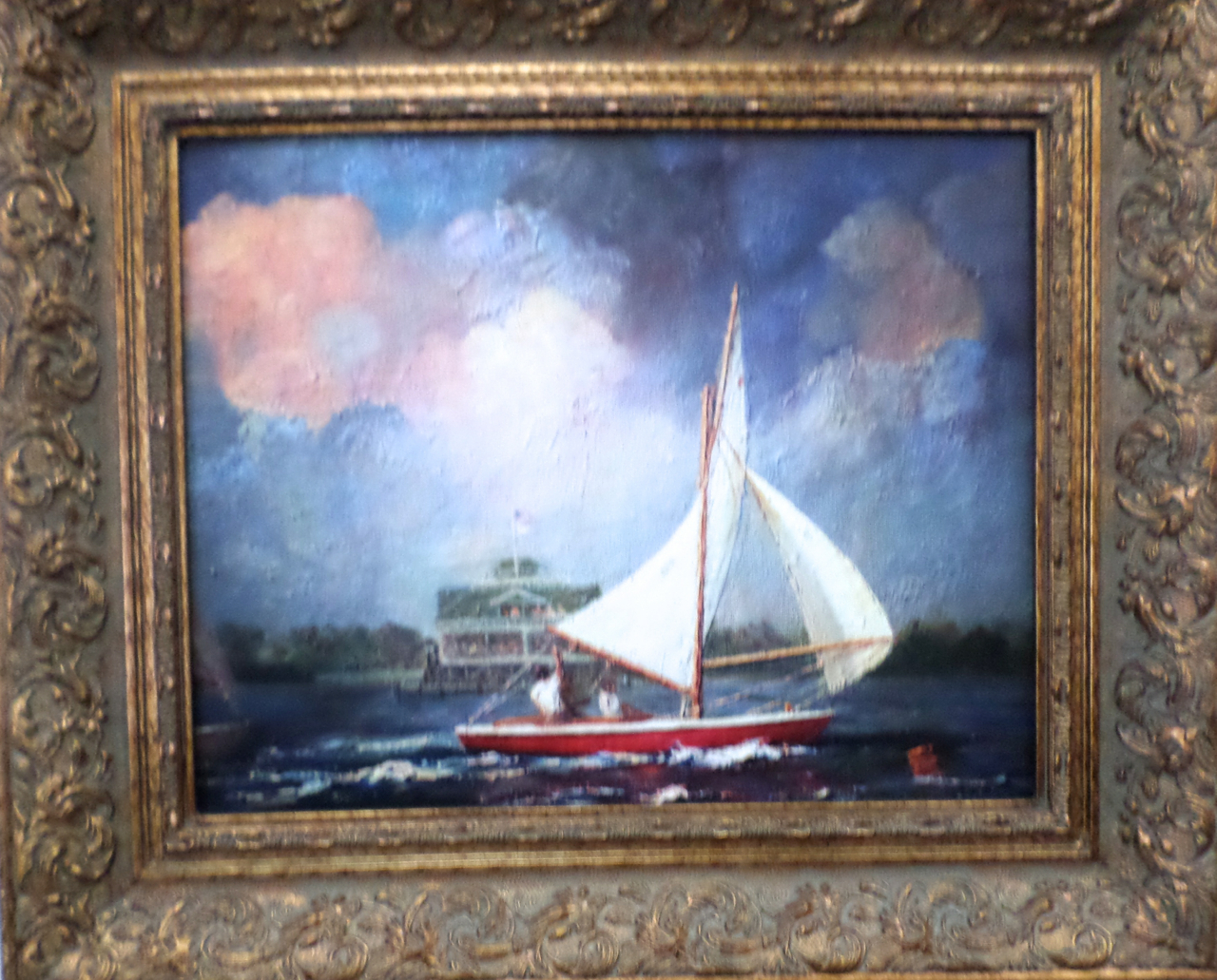 Locally, Blossman Gas on Washington Avenue has a fine collection of Mr. Steene’s paintings.  E.W. “Woody“ Blossman (1913-1990) commissioned "Landing of Iberville" from Steene to hang in his refurbished Gottsche Building, which was acquired in 1962.  The architectural firm of Slaughter & Smith of Pascagoula directed the buildings restoration and W.R. Steene served as art consultant for the project.(Down South, March 4, 1964)

The City of Biloxi has a Steene painting in its City Hall on Lameuse Street appropriately titled, “Blessing of the Fleet”.(The Ocean Springs News, June 3, 1965, p. 7)

In November 1950, the William R. Steene home and studio in Gulf Hills was under construction.  The Steens were domiciled in the Ed Brou residence on Washington (sic) Avenue.(The Gulf Coast Times, November 3, 1950, p. 8)

The Daily Herald, “Know Your Coast”,‘Another Mississippian Adds to the Luster of the Little Church Around the Corner’, December 8, 1959.