THE ITALIANS of ST. MARTIN

Between 1902 and 1905, several related families of Italian origin settled in the St. Martin community north of Biloxi, Mississippi.  They were the Terrettas, Lepomas, and Giamettas.  Initially they were truck farmers, but these Sicilians immigrants also worked in seafood and commerce.  Another Italian and the progenitor of the Lepre family of D' Iberville and the Mississippi coast, Captain Peter Lepre (1841-1916), immigrated to the United States circa 1853.  He married Celina Moran (c. 1845- 1870+), the daughter of Edouard Moran (c. 1812-1880+) and Celestine Ladner (c. 1816-1880+) in September 1869.  Peter Lepre immigrated from Palermo, Sicily and at the time of his demise resided on Fayard Street in Biloxi.

Frank Terretta also purchased five acres of land from Samuel M. Tracy (1847-1920) on the east side of the old Martin Fountain tract in February 1910.(2)  He planted pecan trees here when a small nursery grown tree cost about seventy-five cents.  Later Peter Arnold bought the orchard and harvested 4,000 pounds of pecans.

Anthony Lepoma (1866-1923) was born at Naples, Italy.  In the old country, the Lepoma name may have been spelled Lipuma.  Immigrated to USA in 1890.  He met Maria Terretta (1883-1941), a Sicilian, in New York.  They resided in Michigan and Louisiana (LaPlace-Kenner area) where he worked in animal husbandry.  The Lepomas arrived at St. Martin circa 1911.

Mrs. Mary Terretta Lepoma commenced the St. Joseph altar in the St. Martin community.  This was a Sicilian custom, and an annual fete was held on March 19th to honor St. Joseph, the patron saint of carpenters.  During the Middle Ages, a drought and then famine brought the people of Sicily to their knees, praying to St. Joseph for relief.   St. Joseph had provided the Christ child bread, and they wanted him to do likewise for them.  If their prayers were answered, the suffering Sicilians promised to share food with the poor.  Their prayers were answered.

The St. Joseph altar is built by the men.  The women prepare seafood, pasta, vegetables, sesame seed cookies, and fig cakes.  Italian bread is baked in the forms of crosses, St. Joseph's staff, and other symbols of this holy occasion.  The food, to be divided among those in need, is placed on the altar, which is decorated with flowers and candles.  The green fava bean is also served.  When dried, roasted, and blessed, it is transformed into the "lucky bean".  Tradition relates that you will never be broke as long as your person carries the lucky fava bean!

After Mrs. Lepoma passed on, her daughter, Catherine Stiglets, continued the tradition at her home.  Today, Mrs. Lepoma's granddaughter, Janice L. Fountain, and her sister-in-law, Jackie Landry, prepare the St. Joseph's altar at the Lee Landry home in the St. Martin community.

The oldest child, Catherine Terretta, married Joseph Galiano who resided in the Vieux Carre and sold produce at the French Market.  Lucy Terretta married Julius Cannette (1897-1983), and they resided at St. Martin.  Anthony Joseph Terretta was married to Mona Louise Khayat (1909-1973) of Biloxi.  Mona was the daughter of Assad A. Khayat (1875-1929) and Mona Butrous (1878-1922), both Syrian immigrants.  Mona was the sister of Eddie Khayat (1911-1993) who served on the Jackson County Board of Supervisors for thirty-two years.  After her demise, Anthony wedded the widow, Lynn V. Mayo Carr (1919-2006), a native of Clarke County, Mississippi.  Mona went to Hollywood in the early 1930s and played minor roles in several motion pictures.  She was in 'The Lives of a Bengal Lancer' starring Gary Cooper in 1935.

In 1931, Charles Giametta bought a lot on the east side of his father's land adjacent to the Trochessets.  He was married Olena Cannette (1900-1920), who died of the pandemic Spanish influenza.  After her demise, Giametta wedded Theresa DeCarlo (1901-1937) of New Orleans who died in childbirth.  His last wife was Josephine Chiniche.  Giametta moved to Bay St. Louis circa 1945, where he worked for the L&N Railroad as a bridge tender.

These Italians families worked very hard in their fields, which they had cleared of pine trees and stumps.  These sons of the Mediterranean fertilized with a mulch made from decaying shrimp hulls.  The hulls were obtained from the refuse piles at the seafood factories along the north shore of Back Bay at Biloxi.  They also used horse manure gathered at the stables in Biloxi, and the dried droppings of stock animals, which roamed the area.

These immigrant farmers grew vegetables and fruit-sweet potatoes, beets, tomatoes, okra, peppers, okra, corn, shallots, garlic, beans, gourds, cantaloupes, figs, pumpkins, sugar cane, etc.  They bought some of their seeds from the Quave store on the west end.  In addition, they raised some livestock, particularly goats from whose rich milk they drank and made cheese.

After the crop matured and was harvested, the Italian men loaded it in horse drawn wagons and headed south to Biloxi.  Here, they peddled their fresh organic produce along the city streets.  Sweet potatoes went for $1.00 per bushel basket and okra for a nickel a dozen.  The Terrettas didn't own a scale to weigh their green wares.

It was common to see Mr. Nunzio Terretta, with his stripped umbrella, sitting high on the seat of his wagon crossing the old wooden Back Bay Bridge.  His son, Anthony Terretta, who was born in 1907, and presently resides at Pascagoula relates a story about his father and uncle, Joseph Giametta: The housewives of Biloxi called my father, Nunzio, "sweetie peppa".  He spoke broken English and would cry, "sweeta peppa", as his produce rig rolled through the dirt and shell roads of the working class neighborhoods of Biloxi.  His brother-in-law, Joseph Giametta, spoke very little English.  His produce wagon followed Terretta's.  When Nunzio would announce his presence to the neighborhood with his calling card, "sweeta peppa", Joe would follow with, "mea too ah".

On his return to St. Martin, Nunzio Terretta would kindly stop and give grateful school children, who were heading home from their classes, a ride in his hopefully empty produce wagon.

The Italian families were self reliant.  They baked their own bread, dried tomatoes to prepare tomato sauce, made pear and blackberry wine, and brewed a malt beer.  Occasionally, they would take the excursion train to New Orleans for indigenous provisions.  At the Quality Grocery store on Decatur Street, olive oil, dried figs, and five pound boxes of spaghetti were purchased.  Christmas was often celebrated with an undecorated pine tree.  Their children received apples and oranges as gifts.  In good times, a small wooden toy might appear under the tree.  Mrs. Terretta made small cakes in the shape of crabs and shrimp filled with figs.

Some of the Italian women worked in the local seafood factories.  They would rise in the wee hours of the morning with the factory whistles blaring and walk miles from their homes on Race Track Road to their jobs on Back Bay.  Some worked at the Quave factory in North Biloxi.

Descendants of all three families still reside in the St. Martin community with the Lepoma name being the most ubiquitous.

In 1908, the Capuano family was domiciled at 3119 Tulane Avenue at the corner of Lopez Street. Here they operated a retail grocery store and saloon. After the demise of Luigi Capuano in early February 1908, the family fortunes declined rapidly. The acme of their misfortune was the destructive conflagration that occurred in June 1908. Adjacent to the Capuano businesses was a laundry run by Wah Kee, a Chinese.

The fire commenced here and jumped to the Capuano property and damaged the building and totally destroyed their stock and goods. Mrs. Capuano and her children narrowly escaped the burning structure. Their loss was estimated at $3600, but was partially insured.(The Daily Picayune, June 9, 1908, p. 5)

In 1911, Mrs. Capuano relocated her family to Biloxi, Mississippi. She married Nicholas Martino (1860-1942), an Italian immigrant, widower, shoemaker. The Martino family lived and worked on Delauney Street in Biloxi.

Philip J. Capuano was a member of the Italian-American Society and had been president at one time.  Philip was active in the Knights of Columbus, Alhambras, and the barber’s union.(The Daily Herald, February 21, 1968, p. 2)

Louis Ellis Capuano Sr. (1925-2005), age 79 years, of Biloxi, MS died Friday, January 14, 2005, in Slidell, Louisiana.  Mr. Capuano was a native and lifelong resident of Biloxi. He was retired from Liberty National Life Insurance Company and served in the U. S. Navy during WW II. He was a lifelong member of Nativity B. V. M. Catholic Cathedral and a member of the Italian-American Club. He attended Biloxi Public Schools. During his retirement years he enjoyed photography recording weddings and special events. Mr. Capuano was a beloved husband, father and grandfather.

August married Lena Runfalo (1877-1951). August and Lena left New Orleans after 1900 and settled at 510 Lameuse Street at Biloxi, Mississippi.  Here he made his livelihood as a wholesale produce merchant and retail merchant.  On April 11, 1916 at Biloxi, August Corso declared his intention to become an American citizen.  He was naturalied on June 21, 1919 at Biloxi, Mississippi. 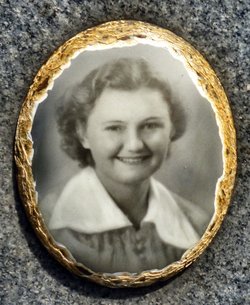 Frank Paul Corso (1898-1986), a native of Trapani, Italy, the son of Mr. and Mrs. Leonardo Corso.  In 1908, he immigrated to America arriving at New Orleans, Louisiana.  Frank was naturalized at Biloxi, Mississippi on February 20, 1922 and received certificate No. 1511918.[Southern District Court-South Mississippi, Petition of Naturalization No. 289]

Mr. Corso was educated at New Orleans and Brookhaven, Mississippi.  He came to Biloxi in 1919 from Mobile, Alabama and began a wholesale cigar and tobacco business in 1924, starting with a small warehouse and one truck

Mr. Corso was the president of Frank P. Corso, Inc., a local vending company, which he had been employed by for more than thirty-five years.  He attended Notre Dame High School and Spring Hill College [Mobile, Alabama], and the Harvard Business School in Cambridge, Massachusetts.  Jimmy was a member of the Gulf Coast Carnival Association and ruled the 1980 Carnival as King Iberville.  He was a member of the Biloxi Elks Lodge, the Biloxi Yacht Club, and Nativity B.V.M Catholic Church.

Riemann Memorial Funeral Home of Biloxi directed Mr. Corso's funeral services which included a service at Our Mother of Sorrows Catholic Church in Biloxi followed by internment in the Southern Memorial Park cemetery at Biloxi, Mississippi.

The Uchello family at Gretna and New Orleans, Louisiana and Biloxi, Mississippi originated at San Giuseppe Jato in Palermo Province, Sicily with the immigration of Calogero Uchello (1860-1943) and Maria Patellaro (1873-1951) to New Orleans, Louisiana after 1900.  The Uchello family initially settled in and around Gretna, Jefferson Parish,  Louisiana where they were truck farmers.  During the Prohibition Era some of the Uchello sons became involved in the illicit movement of spirituous alcohol in Louisiana and Mississippi.  In later years on the Mississippi Gulf Coast, Gaetano ‘Guy’ N. Uchello (1895-1962) , Salvador F. ‘Sam’ Uchello (1908-1996) and Louis C. Uchello were involved in illegal casino style gambling in several night clubs on the ‘Biloxi strip’.