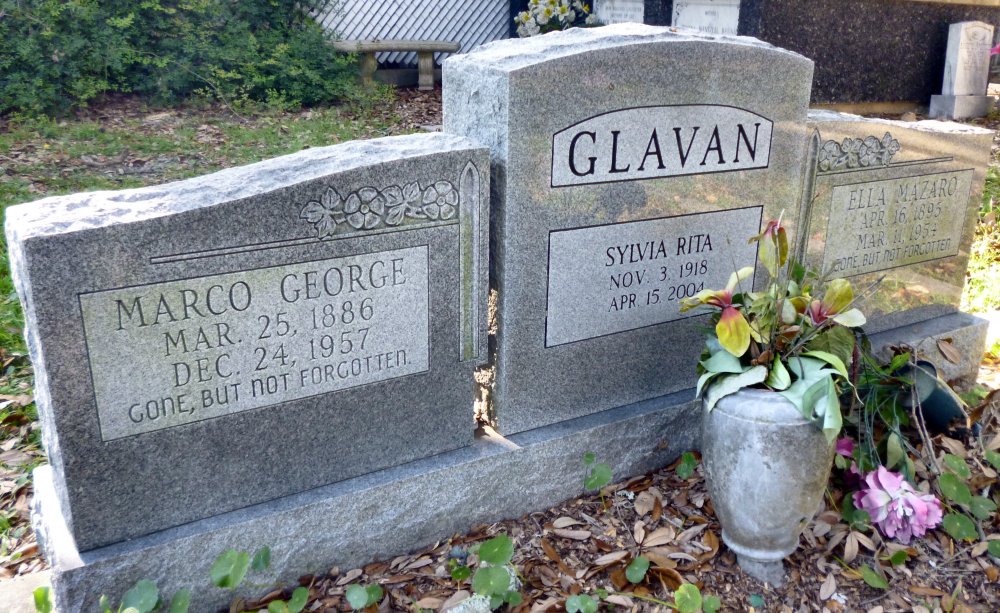 Marko George Glavin (1885-1957) was born March 25, 1885, in Privlaka, a fishing village on the Dalmatian Coast about twelve miles northwest of Zadar, Croatia. It was from Zadar that Marco G. Glavan immigrated to America landing at New Orleans, Louisiana.  On January 20, 1915 he applied for naturalization papers at the U.S. District Court in Biloxi.  Mr. Glavan resided at 118 Jackson Street.(The Daily Herald, January 21, 1915, p. 2)

Sister Joseph Francis Glavan (1915-2002), C.S.J., a member of the Sisters of St. Joseph of Medaille, died Wednesday at Ochsner Foundation Hospital. She was 87 years old.

After she retired from teaching in 1994, she attended classes at the People Program and worked in community service at the Sisters of St. Joseph Convent.

Survivors include a brother, Herbert Glavan, and a sister, Sylvia Glavan. A Mass will be said today at 11 a.m. at the Chapel of the Sisters of St. Joseph, 1200 Mirabeau Ave. Visitation will begin at 8 a.m. Burial will be in St. Louis Cemetery No. 3. Jacob Schoen & Son Funeral Home is in charge of arrangements.[The Times-Picayune, September 21, 2002]

Sylvia Rita Glavan (1918-2004), age 85 years, of Biloxi died Thursday, April 15, 2004, in Ocean Springs, Mississippi.  Ms. Glavan was a native and lifelong resident of the coast. She was an active member of St. Michael Catholic Church where she taught religious classes. She was retired from the family's business, Glavan Trawl Company, and also retired from the City of Biloxi. 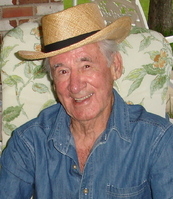 Herbert Anthony "Herb" Glavan (1930-2015) was born March 25, 1930 and passed away peacefully at his home in Biloxi on Friday, October 30, 2015 at the age of 85 years. First generation Croatian-American, trawl maker, father, pawpaw, great-grandfather and friend. He wore many hats mostly his beloved Notre Dame hat.

The Point Cadet was Herb's stomping grounds. Born and raised on Oak St., where his father established Glavan Trawl Company in 1937 next to the family home and later Herb took over the family business until Hurricane Katrina in 2005.

Herb had a good Catholic Education starting with some discipline lessons from Sister Adrian at Holy Angels, Dukate, St. Stanislaus and graduated from Notre Dame High School in 1948. Known for his dapper dressing, love of dancing, baseball, sunglasses and gift of gab, Herb worked hard, played hard, dressed hard...his opening line might sound something like: "Where ya at, cat", "Who hit ya darlin", "You workin hard or hardly workin?", "You never know how you look until you get your picture took." He learned that first hand when he landed a role as an extra in the George Clooney movie "O'Brother Where Art Thou", along with his other credits, King Fish, Glory Road and selected as Gene Hackman's double in "The Chamber".

Herb was honored with being selected 2006 Biloxi Shrimp King, inducted into the Maritime & Seafood Industry Museum Hall of Fame and received the keys to the city in 2015. He loved the social events at the Slavonian Lodge and the French Club and had the reputation as a good dancer and sweet talker. His uncanny ability to recall Biloxi history and his storytelling talents can be enjoyed by visitors of the Museum.

In lieu of flowers the family prefers donations be made to the Maritime & Seafood Industry Museum, 115 E. 1st Street, Biloxi, MS 39530. A Mass of Christian Burial will be held at St. Michael Catholic Church on Wednesday, November 4, 2015 at 11:00 am.

Friends may visit from 9:30 am until mass time. Interment will follow at Southern Memorial Park. A reception will follow at the Slavonian Lodge. The Howard Avenue Chapel of Bradford-O'Keefe Funeral Home is in charge of arrangements.[The Sun Herald, Sunday, November 1, 2015]

Herb Glavan: Last of the seafood ambassadors, Glavan dies at 85

BILOXI -- A leader in the seafood industry that shaped Biloxi, a staunch competitor, an avid story-teller, a skilled net-maker and an athlete, Herb Glavan enjoyed people, young and old, and loved giving demonstrations at Biloxi's Maritime & Seafood Industry Museum.

Glavan died Friday at his home, dressed and ready to go to a doctor's appointment. He was 85.

Robin Krohn David, executive director, called him one of the seafood museum's pioneers, "a great volunteer in the early years."

"He's on a video that we show at the museum every day, talking about the seafood industry and his business (Glavan Trawl that was on Oak Street before Katrina)," she said. "He's one of a group of characters interviewed on 'The Biloxi that Seafood Built.'"

Also on the video are Eley Ross and Jimmy Ellis, others who knew the skill of putting together shrimp and cast nets, she said, "and all of them are gone."

She said the museum would call Glavan if they had a school group coming that needed a demonstration.

"He had such colorful stories," she said. "He would show you how to knit a net. For the children, they would get on their knees, and he would throw it over their heads, like they were the fish and he was catching them. Kids loved that."

His son, Kenny Glavan, a Biloxi councilman, said when they had the business of net-making, he was a serious competitor.

He reminded shrimpers to be successful, Kenny Glavan said. When he designed a net for a shrimper, he interviewed them.

"He wanted to know what depth they were fishing, the power of the boat, the length and width," Kenny Glavan said.

He kept detailed records and was constantly fine-tuning his nets, his son said.

"He would tailor the net to the boat the fisherman had. That's what set him apart."

He had the gift of gab, a charmer who liked to dance. In the 1950s and 60s he was also known on the Coast as an athlete, playing center field on 17 state champion men's fast-pitch softball teams. He was working on three scrapbooks from that era when he died.

He spoke with a casting director once and found himself as an extra in movies that were shot in the Delta and New Orleans. He had bit parts in "King Fish" and "Glory Road." He doubled for Gene Hackman, even though he wasn't happy about cutting his hair for the part. He was a bank teller in "Oh Brother, Where Art Thou," his favorite project.

"He made nets for everybody in the world," said Biloxi Councilman George Lawrence. "He always believed in the seafood industry. If you asked him a question, he'd talk for 15 minutes about it. It was his way of life, seafood and shrimping. He had a happy way of life, always enjoying himself. He was an ambassador."

Glavan was the 2006 Biloxi Shrimp King and was inducted in the seafood museum Hall of Fame in 2014.

He lived at home in Biloxi until the end. He could walk and still had his balance, Kenny Glavan said. Friends and family checked on him. He was still cooking.

"He just had agreed to get a walker. The doctor had written a prescription, and I picked it up the day he died," Kenny Glavan said. "He wasn't suffering or bed ridden .... He was quite a man, we'll miss him."

His services will be Wednesday at St. Michael Catholic Church.[ from The Sun Herald, November 2, 2015]

and in January 1945 was domiciled at Pecos, Texas.

Marko George Glavin (1885-1957) was born March 25, 1885, in Privlaka, a fishing village on the Dalmatian Coast about twelve miles northwest of Zadar, Croatia. It was from Zadar that Marco G. Glavan immigrated to America landing at New Orleans, Louisiana.  On January 20, 1915 he applied for naturalization papers at the U.S. District Court in Biloxi.  Mr. Glavan resided at 118 Jackson Street.(The Daily Herald, January 21, 1915, p. 2) 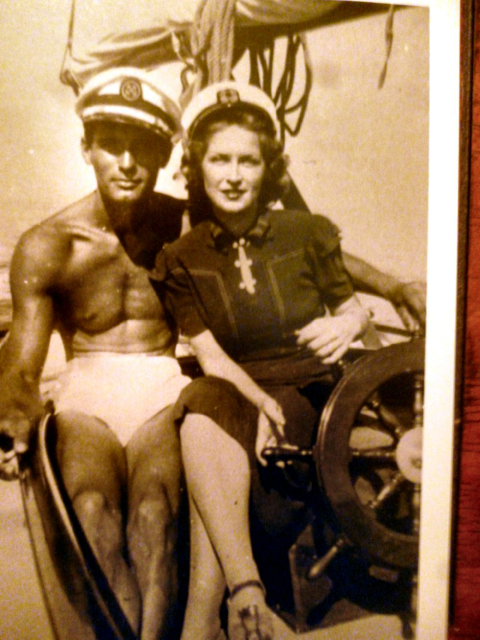 The family will receive visitors after 2:00 pm, Sunday, September 18th, at Malloy & Son Funeral Home. A memorial service will be held at 3:00 pm Sunday at the funeral home with Father Gerald Lewis, SVD, officiating.

Clarice was born May 13, 1918, in Biloxi, Mississippi. In her early years, she was chosen as Miss Mississippi. She was a resident of Galveston for over 60 years and a member of Sacred Heart Church, where she was also active in the Altar Society. Clarice was one of the original members of the Lindale Garden Club.

Clarice?s passions in life were gardening, cooking, and caring for her husband and family. She spent many a happy moment playing bingo or going crabbing as well. She will be fondly remembered for her devotion to her children, grandchildren, and great grandchildren.

The family wishes to extend special thanks to Amelia Veazie and Barbara Glover, as well as the staff of UTMB Geriatrics and Turner, 3rd floor Geriatric Center, for the kindness and care shown to Clarice during her illness.

Memorials may be made to the American Red Cross for the Hurricane Katrina Victims of Biloxi, Mississippi.

Medanich, Frank J. Loving husband, father and grandfather, passed away April 5, 2009. He is survived by his wife of 60 years, Jean, his children, Midge Hoerl (Tom), Melanie Medanich, David Medanich (Cindy), grandsons Matt and Michael Medanich and numerous nieces and nephews. Frank worked for First Southwest Company for 50 years, 30 of which he was on the Board of Director's and retired as Executive Vice President. The legacy of his long and faithful years of service was memorialized as he was honored as an employee, an officer, a director and a shareholder. Frank was graduated from TCU in 1944. He lettered as running back, played in the 1942 Orange Bowl, and was inducted into the TCU Football Hall of Fame. He served as a member of the TCU Board of Trustees since 1972 and retained the position of Emeritus Trustee until his death. Additionally, he served on the Brite Divinity Board from 1972-1985. Frank was TCU's representative to the Cotton Bowl from 1974 to 1980, and served on the Board of Juliette Fowler Homes from 1972-1985. Above all, Frank was faithful to the Lord he loved. All that knew him said he cared more about family, friends and business associates than for his own accomplishments. Visitation is from 6-8 Tuesday, April 7th, at Restland Funeral Home on Greenville Avenue. A memorial service will be held at 1 pm, Wednesday, April 8th at Scofield Memorial Church, 7730 Abrams Road. In lieu of flowers, memorial contributions can be made to Scofield Memorial Church, Missions Department, 7730 Abrams Road, Dallas, 75231 or to The Frank & Jean Medanich Scholarship at TCU, 2800 S. University Drive, Ft. Worth, TX, 76129.  Malloy & Son Funeral Home. [from The Dallas Morning News,  (Texas) - Tuesday, April 7, 2009