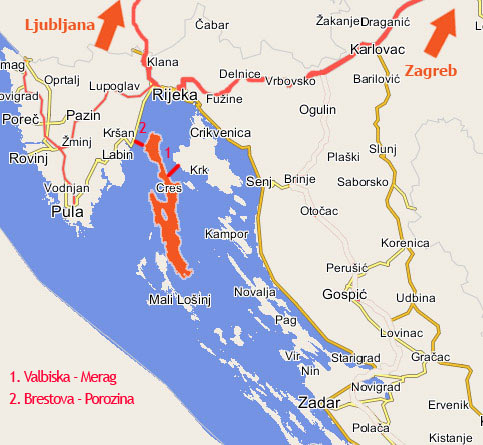 The Joseph P. Evanovich family lived in Philadelphia, Pennsylvania and in New Jersey for many years.

Captain Gaper J. Pisarich was employed in the seafood industry most of his life.  He worked for the E.C. Joullian Packing Company; C.B.Foster Packing Company; and at the time of his demise was foreman for the Southern Shell Fish Company managed by Chester Delacruz.  Captain Pisarich was a member of St. John's Catholic Church, the Gulf Coast Seafood Workers Association, Back Bay Volunteer Fire Compnay, and the Woodmen of the World.(The Daily Herald, April 30, 1951, p. 9)

Mr. Pisarich's funeral was under the auspices of Bradford-O'Keefe Funeral Home of Biloxi.  Following services at Nativity BVM Cathedral committal was at Southern Memorial Park.(The Daily Herald, April 19, 1982, p. A-2)

Ray Vincent Pisarich (1905-1988) was born July 1, 1905.  He married Eunice Carmelite Blanchard (1907-2005), a native of Jeanerette, Louisiana, and the daughter of Varice Blanchard and Octavia Blanchard, on January 28, 1934.  Mr. Pisarich made his livelihood as a plumbing contractor and worked on some of Biloxi’s largest structures.  He and Eunice were the parents of.  Children:  Carmelite Pisarich m. Edward E. Payne and Ray V. Pisarich Jr. m. Elmerita Frances Mihojevich;

Elvira Pisarich Anglada, age 89 years, of Biloxi died Tuesday, April 6, 1999, in Biloxi. Mrs. Anglada was a native and lifelong resident of Biloxi. She was a member of St. John's Catholic Church in Biloxi and was a member of the Altar Society with St. John's Catholic Church. She served as a volunteer and chaperone for the Sacred Heart High School all girl band. She was also a member of the Herbert Mullins Sr. Citizens Center and former member of the Elks Auxiliary. Mrs. Anglada was a volunteer during World War II. She was preceded in death by her husband, Earl L. Anglada; her parents, Gaspar and Mary Peresich Pisarich; three brothers, John Pisarich, Ray Pisarich and Glen Pisarich; and three sisters, Adelaide Allen, Anna Lewis and twin sister, Marie Balius. Survivors include a daughter, Mary Evelyn Dellenger and son-in-law, Stanley Dellenger Sr., both of Biloxi; a granddaughter, Diane Puzz of North Biloxi; three grandsons, Paul Dellenger of North Biloxi, Stanley Dellenger Jr. of Biloxi and Matthew Dellenger of Denver, CO.; a sister, Josephine Malpass; and a brother, Francis Pisarich, both of Biloxi. Friday, April 9, 1999, at St. John's Catholic Church in Biloxi, a Mass Service will begin at 11 a.m. There will be a visitation an hour prior to the service. Burial will be in Southern Memorial Park Cemetery in Biloxi. (The Sun Herald, April 8, 1999)

Anna was a 1930 graduate of Sacred Heart Catholic School and went to workas a sales lady for the J.C. Penny Company and after 42 years she retired as office manager.

Francis Matthew Pisarich (1918-2008) was born September 22, 1918 at Biloxi. He graduated valedictorian from Sacred Heart Academy in 1936. Francis was a Lieutenant in the US Coast Guard. He led a wave of assault infantrymen onto Omaha Beach on D-Day for which he was awarded a letter of commendation for his leadership under fire. Francis was a master plumber. He owned and operated Francis Pisarich Plumbing in Biloxi. Francis and his wife traveled extensively and enjoyed theater and the arts. He was a member of Our Lady of Fatima Catholic Church from its inception.  Mr. Pisarich passed away Tuesday, November 18, 2008 in Biloxi.  His greatest joy in life was his family. He was deeply loved and will be greatly missed.  Francis M. Pisarich was preceded in death by his parents, Gaspar and Mary Peresich Pisarich; sisters, Adelaide Allen, Maria Balius, Elvira Anglada, Anna Lewis, Josephine Malpass; and brothers, John, Ray and Glenn Pisarich.  He was survivored by his wife, Mary Davis Pisarich of Biloxi; daughter, Mary Frances "Molly" (Frank) Cox of Biloxi; son, Stephen Matthew Pisarich of Saucier; grandchildren, Stefanie (John) Walley, Teddy (Ashley) Johnson, Stephen F. (Meggan) Pisarich, Matthew (Renee') Pisarich, Kristen Johnson, Averil Pisarich, Alex Pisarich, and Beth Cox; and 5 great-grandchildren.  Mass of Christian Burial will be Friday, November 21, 2008, 2:00 p.m. at Our Lady of Fatima Catholic Church where friends may visit from 12:30 p.m. until 2:00 p.m. Interment is in Southern Memorial Park. (The Sun Herald, November 21, 2008, p. A-4)

Survivors include her husband, Frank J. Malpass (1917-2002) of Biloxi; two daughters, Cathey Boney of Leavenworth, Kan., and Holly Balius of Laurel; a son, Dennis B. Malpass (b. 1943) of LaPorte, Texas; a brother, Francis Pisarich of Biloxi; 11 grandchildren and three great-grandchildren.   A service will be at 11 a.m. Monday at St. Johns Catholic Church in Biloxi where friends may call from 9:30 to 10:30 a.m. and recitation of the rosary will be at 10:40 a.m. Burial will be in Southern Memorial Park in Biloxi. The Howard Avenue Chapel of Bradford-O'Keefe Funeral Homes in Biloxi is in charge of arrangements.(The Sun Herald, January 22, 2001)

Joyce McDonnell Pisarich (1929-2006), age 77 years, of Biloxi, Mississippi, died Saturday, November 25, 2006, in Biloxi.  Mrs. Pisarich was a native and lifelong resident of Biloxi. She was a lifetime member of Nativity B.V.M. Catholic Cathedral and a graduate of Sacred Heart Academy. She was a retired Civil Service secretary at Keesler Air Force Base.  Mrs. Pisarich was preceded in death by her husband, Glenn A. Pisarich Sr.; parents, Herbert and Bertha Griffin McDonnell, and a brother, Marvin J. McDonnell.  Survivors include her daughter, Pamela Barlow and her husband, Craig; two sons, Glenn A. "Sonny" Pisarich, Jr. and his wife, Charlotte, and Keith Pisarich and his wife, Marlene; a sister, Catherine Reed, of Belzoni, MS; five grandchildren, Lisa Pisarich Ware, Bryan G. Pisarich, Robert Keith Pisarich, Jr., Bradley Barlow, and Brennan Barlow, and one great grandson, Bryson Glenn Pisarich.  Visitation will be Sunday, November 26, 2006, from 6 until 9 p.m. at the Howard Avenue Chapel of Bradford-O'Keefe Funeral Homes in Biloxi. A Mass of Christian Burial will be held Monday at 3 p.m. at Nativity B.V.M. Catholic Cathedral where friends may visit one hour before service time. Interment will follow in Southern Memorial Park.(The Sun Herald, November 26, 2006)

Josephine Velcich was born February 10, 1896 at NOLA.  She married Albert B. Trocheset (1891-1963), the son of Trochesset and , on June 23, 1916 at Lake Shore, Hancock County, Mississippi.  At this time, Albert was employed with the Southern Express Company at Pensacola, Florida.   By 1930, the family was domiciled at 1020 Lameuse Street with their five children: Lillian M. Trochesset; Geraldine Trochesset; James V. Trochesset; and Evelyn M. Trochesset.  Albert made his livelihood as a house carpenter at this time.(1930 Harrison Co., Mississippi Federal census R 1146, p. 21A, ED 6)

As presently known, the Ziz family of the Mississippi Gulf Coast was represented by two brothers, Antonio D. Ziz who settled in the DeLisle area of West Harrison County and George M. Ziz who resided at Biloxi, Mississippi.  They were immigrants from Cres [Cherso] on the island Cres, Croatia.